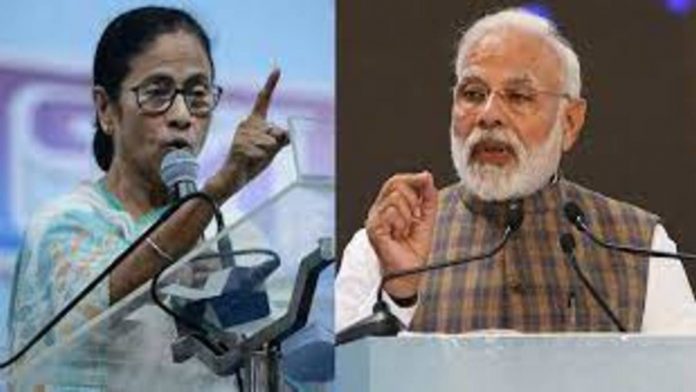 Many said that the Mamata’s accusations were pointing out at the Furfura Sharif cleric Abbas Siddiqui’s Indian Secular Front, which has partnered itself with the Left-Congress alliance as well as the All India Majlis-e-Ittehad-ul-Muslimeen (AIMIM) of Asaduddin Owaisi.

TMC is playing very safe of the two parties changing the political equations as any important division in the Muslim votes and a key factor in at least 90 seats out of total 294 assembly seats can only endanger the chances for TMC to win the elections.

She has alleged the unpopular political outfit of taking money from BJP. She has also asked people to keep an eye on Rashtriya Swayamsevak Sangh (RSS) members, who she claimed of roaming with money to tempt voters.

“I won’t say that all RSS activists are bad. But there are a few RSS activists who are not good. They are approaching villagers in Bengal with money and telling them to vote for the BJP. I would like to suggest to you all to accept the money but reduce the BJP to zero in these assembly elections,” said Mamata Banerjee.

The state will go under eight phases of elections starting from March 27. Polling on total 294 Assembly seats will be held in the state and the results will be declared on May 2.

Barbing at Prime Minister Narendra Modi in her address she said, “I respect the chair of the prime minister, but I haven’t seen a liar like Narendra Modi. He is spreading misinformation. They are bringing goons from other states to disturb the harmony and culture of Bengal. I would like to ask the BJP, who was behind the Gujarat riots? Who was behind the riots in Delhi and Uttar Pradesh? The US banned him (Modi) for the Gujarat riots. Narendra Modi is renaming a stadium after him. One day he will rename India after himself. Look at the way they have snatched the power in Delhi. They (BJP leadership at the Centre) are more dangerous than Hitler.”

Thanking the huge crowd gathered at her address the TMC chief said, “I am thankful to you for coming here in large numbers. Today’s mood is clearly hinting that the BJP’s wish will never be fulfilled here in Bengal. The BJP may try to manipulate exit polls but I know what the people have decided this time. The BJP (through the media) claimed that it will win 175 assembly seats in Bengal. I would like to challenge them…first win 75 seats, then think about 175.”

The BJP is making a big push to snatch the reins of Bengal from Mamata Banerjee’s Trinamool Congress, which has been in power in the state since 2011. The saffron party’s star campaigners, including Prime Minister Narendra Modi and union home minister Amit Shah, have accused the TMC of institutionalised corruption, Muslim appeasement, heavy-handed governance, and neglecting development, among other things.

The BJP which has accused TMC of Muslim appeasement, neglecting development, organizational corruption and heavy-handed governance is trying its best to snatch the reins of Bengal from the ruling TMC which is power since 2011, said Mamata Banerjee.

Hitting back at those accusations Banerjee said, “We have done several development projects in South 24 Parganas. We have built 5,300 km of roads, 149 jetties, 25,000 tube wells have been installed… In the future, we have many more plans for the development of this district. We have also decided to make the Sundarbans a separate district. The BJP has given nothing during Cyclone Amphan and accused us of mishandling funds. I believe the people will give befitting replies to them.”