Maha’s peak to be in end May. Likely to face third wave during July-August, says Health Minister Rajesh Tope 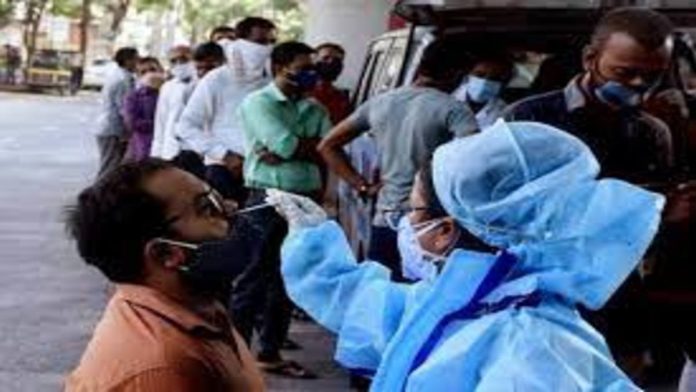 Maharashtra Health Minister Rajesh Tope on Thursday said that there may be a third wave of Covid-19 in Maharashtra between July-August when the state is struggling with deadlier second wave.

This comes after the country’s worst hit state reported its daily spike of 66.159 cases with a death toll of 771 on Thursday.

As per epidemiologists Maharashtra can see a third wave of coronavirus in Covid-19 in the month of July or August, told Mr. Tope to media professionals.

Maharashtra is doing its best to become self-sufficient in terms of medical oxygen by then, he said.

He also said that the states tally may be at its peak by the end of May and if it is hit by the third wave then it may put tough challenges in front of state government. I

He spoke this after attending a virtual review meeting on Covid-19 situation and vaccination led by the state Chief Minister Uddhav Thackeray.

The other members who were also the part of the meeting included Divisional commissioners and district collectors.

“During the discussion, the chief minister stressed on setting up 125 PSA (pressure swing adsorption (PSA) plants (for generating medical oxygen) at the earliest for treating patients with mild to moderate COVID-19 infection,” the health minister said.

In the meeting the district collectors were warned by the state government that it will not be tolerated if the state faces any shortage of oxygen when there is third wave, said Mr Tope.

Speaking on the shortage of medical resources the health minister said that the state is fulfilling its oxygen requirement by local generation as well as from the supplies by the Centre but there is a huge shortage of 10,000-15,000 vials of Remdesivir drug, used to treat Covid-19 patients in the state.

As there is a shoratge of remdesivir, so the state government has asked the doctors to use it in a sensible manner as excessive dose may also lead to critical side effects, he said.

The state government has also asked the state business houses and corporates that if they finance any Covid related facility then it will be considered as their CSR (Corporate Social Responsibily) expenditure, said Mr Tope.

“They can avail all benefits related to CSR spendings and this will also ease financial burden on the state,” he said.

“We will try to set up oxygen generator plants, arrange oxygen concentrators as well as provide medical equipment such as CT scan and MRI machines to districts where these facilities are not available,” he further said.

There have been a lockdown-like restrictions in the state till May 15 in Maharashtra as it has been the worst affected state in the country in the second wave. So far the total case tally of the state stands at 45,39,553 with total 67,985 fatalities.