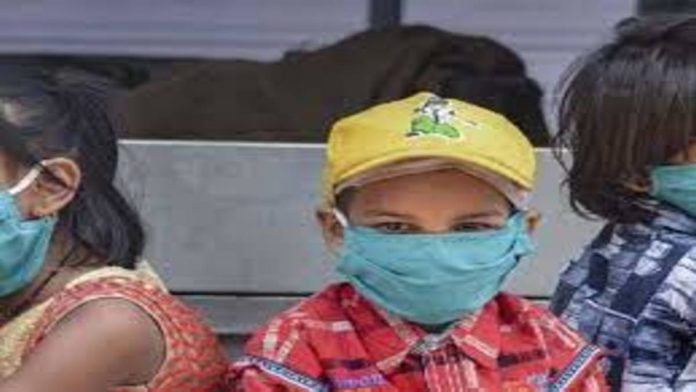 Maharashtra has initiated steps to minimise the impact of third wave of coronavirus infection after more than 8,000 cases of infection in children were reported in the month of May in Ahmednagar.

A COVID-19 ward especially for children is being prepared in Sangli city of Maharashtra where presently five children are being treated and the facility is being expanded for more patients.

The record of more than 8,000 children and teenagers testing positive has made an alarming situation for the authorities which was about 10% of the total cases in the district.

The district administration is in continues contact with the paediatricians to make sure that they are prepared for the third wave.

“In May alone 8,000 kids got positive. This is worrying,” said Rajendra Bhosale, the Ahmednagar district chief.

While MLA Sangram Jagtap said, “During the second wave, there was a shortage of beds and oxygen. So, we need to avoid that during the third wave and hence need to fully prepare ourselves.”

The state administration does not want to take any chances for the third wave as sourced say a possible third wave may hit by the end of July or early August, giving a two months period to prepare.

Maharashtra was one the first states to be hit by the deadlier second wave of COVID-19 leaving patients and their families struggling in finding treatment, beds, oxygen, medicines etc.