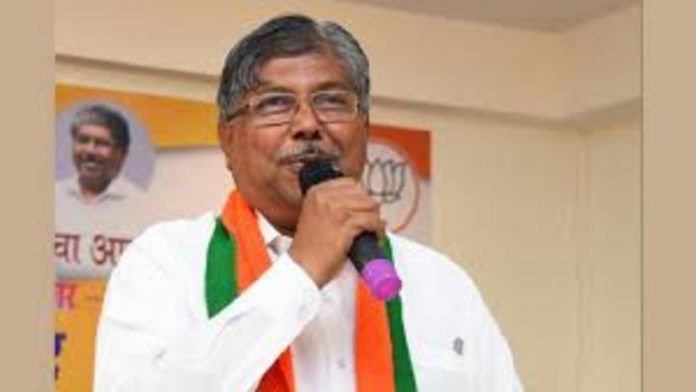 In a major development, Maharashtra BJP president Chandrakant Patil stated on Wednesday (December 22) that Chief Minister Uddhav Thackeray should resign and hand over the reins to someone else till he recovers. CM Tahckeray’s absence during the state legislature’s winter session is “unacceptable,” according to Patil.

Patil made the remarks outside the Vidhan Bhawan while speaking to media.

“If Chief Minister Uddhav Thackeray is unable to attend the Maharashtra legislature’s winter session, he should appoint someone to represent him.” The absence of the Chief Minister from the legislative processes is reasonable. “We will not accept the Chief Minister’s full absence from the session,” Patil added.

According to the top BJP leader, CM Thackeray should delegate power to someone from the Shiv Sena or his family.

“He [CM] does not have faith in the Congress and the NCP since they may not quit their positions. The allegation could be given to State Minister Aaditya Thackeray and his son.” The BJP State Chief further stated that they would bring up the matter of suspected recruiting malpractices in several departments. Several high-ranking government officials and retired officials have already been detained. We will undoubtedly bring up the subject during the meeting. We’ll want a CBI investigation because the police recruitment process from a few years ago is also under scrutiny,” he said.

A State Minister, on the other hand, dismissed Patil’s assertion, saying that CM Thackerya is in good health and should not pass over the reins to anyone else.

It should be emphasised that CM Thackeray, 61, is recovering from cervical spine surgery. He was admitted to the hospital around three weeks ago. Before the start of the winter session, CM Thackeray attended a cabinet meeting and a tea party for MLAs through video conference.