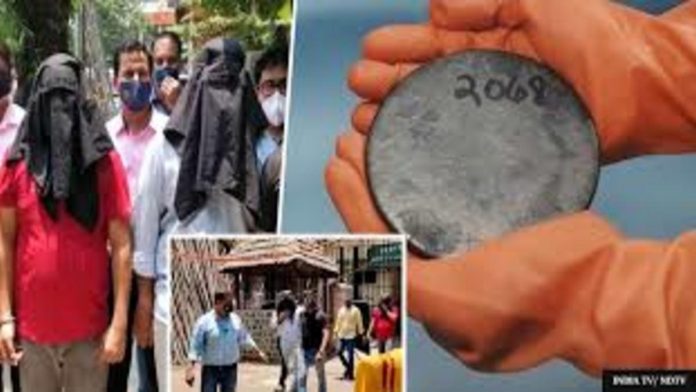 Two men have been arrested by the Maharashtra Anti-Terror Squad (ATS) with having over 7kg of uranium of worth Rs 21.30 crore.

The two accused had also tested it in a lab for purity. The lab is also under survillance now.

Uranium, which is a highly explosive and radioactive material can be extremly fatal if misplaced in wrong hands. The investigations are under soon after an FIR was filed by an official from Bhabha Atomic Research Centre (BARC) in Mumbai. The complaint has been resgistered under the Atomic Energy Act.

Earlier on February 14, an information was also recieved by PI Bhalekar that a thane resident Jigar Pandya would sell pieced of uranium illegally.

Following which mission was launched by ATS to arrest him, later after inquiry it was revealed that he got the pieces of urnanium from Abu Tahir, a resident from Mankhurd.

The officers and staff of Nagpada unit arrested Abu Tahir from the Kurla scrap association, Mankhurd in Mumbai immediately after he was busted.

The uranium which was seized from the accused was sent to BARC for its analysis. The report submitted by research centre said that substance was natural uranium and was highly radioactive and deadly to humans.