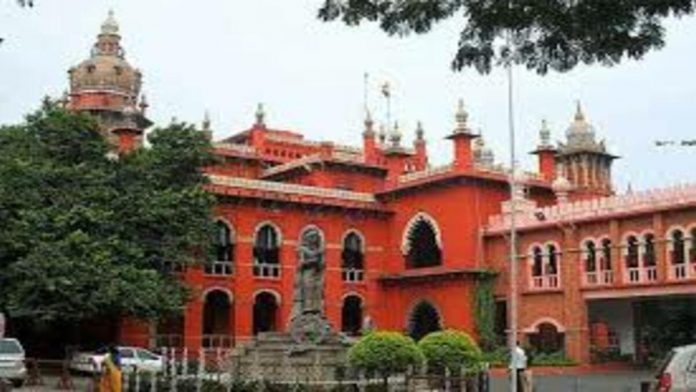 An attempt by the main AIADMK group, led by former chief minister E K Palaniswami, to grab total control of the party and remove the other senior leader O Panneerselvam amid chaotic scenes at a crucial conference was thwarted by a Madras High Court decision that arrived at 4.30 am.

By changing the party’s bylaws at its general council meeting on Thursday near Chennai, the court prevented the AIADMK from enacting a unitary leadership system. While the ruling provided relief for Panneerselvam, it also exposed the extent to which party sentiment had shifted in favour of his rival Palaniswami. He was subjected to insults, “Go back” chants, and even some angry plastic bottle throwing.

The mayhem was a reflection of the internal turbulence that followed the party’s defeat in the state elections last year, which led to increased calls for a single-leader system even as the party decided to reconvene on July 11. Since the passing of AIADMK founder J. Jayalalithaa in 2016, the party has been run by a dual leadership with Panneerselvam serving as coordinator and Palaniswami serving as joint coordinator.

The first twist in the most recent political drama occurred on Wednesday night when a single High Court judge refused to postpone the party’s general council meeting, giving Palaniswami’s supporters more confidence. Even though Palaniswami had a huge majority of support, a late-night appeal before a division bench derailed their objectives.

Following that, the supporters used Thursday’s gathering in Vanagaram, close to Chennai, as a power play to demonstrate that the vast majority of the general council’s 2,200 or so members supported the idea of naming Palaniswami as leader.

A sizable contingent of party delegates from all throughout the state confronted Panneerselvam, who was the first person to show up for the meeting. The few surviving leaders of his camp were booed at one point, forcing them to abandon the dais.

Palaniswami entered the hall amid raucous applause as he was accorded the customary welcome. The meeting quickly chose Tamilmagan Hussain, a seasoned AIADMK leader, to lead the party’s praesidium. Additionally, the council declared that the only item on the agenda is to elect a single leader, rejecting all motions that were scheduled to be approved at the meeting.

Panneerselvam was generally left alone and seemed uncomfortable with how he was being treated, as both of the leaders sat on each side of Hussain. Party leaders praised Palaniswami profusely, but they never once mentioned Panneerselvam by name, referring only to his title.

A senior AIADMK leader who was present on stage during the meeting said, “It was a high-risk approach but the leaders on stage were able to handle it without incident.”

Panneerselvam’s outspoken criticism of the party and subsequent legal action caused outrage among the general people. Palaniswami exercised caution on stage, even yelling at a supporter who attempted to decorate him. He did not acknowledge the cheers for him from the agitated throng with a smile.

In contrast, Panneerselvam was about to leave the platform after Hussain announced the next meeting when some audience members threw plastic bottles at him, humiliating him completely. Palaniswami would be chosen as the party’s general secretary at the subsequent meeting on July 11, according to senior leader K P Munusamy.

While this is going on, sources claim that the BJP has offered to help in talks between the two leaders in an effort to reach an amicable resolution, adding that there are a number of court issues connected to the dispute that are still ongoing.

Speaking to reporters, the chief spokesperson for the Panneerselvam camp, R Vaithilingam, asserted that the group was still open to negotiations and that a combined leadership would provide the party the best chance of election success.

Additionally, he claimed that many people in the crowd were not general council members and opposed Hussain’s appointment as praesidium chairman. Vaithilingam had previously been one of those who had to leave the meeting’s stage.