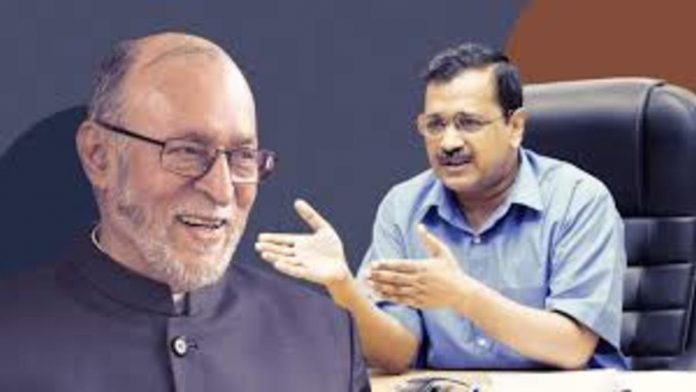 A huge disturbance erupted in Rajya Sabha on Tuesday over the introduction of a Bill in Lok Sabha that was giving Centre more power over Delhi. The opposition called the Bill a ‘dangerous law’ in the Parliament.

The Bill named ‘The Government of National Capital Territory of Delhi (Amendment) Bill, 2021’ was passed yesterday in Lok Sabha now it will go in the Rajya Sabha.

The law provides the Centre’s representative that is Lieutenant Governor of Delhi more powers than the elected city’s government. The Bill may be a big misfortune for Delhi Chief Minister Arvind Kejriwal and his government who has been in a continue clash with the Lieutenant Governor since the Aam Aadmi Party (AAP) came to power in 2013.

A leader from the opposition, Mallikarjun Kharge said, the Bill aims at taking the powers of the elected government.

“This is a very dangerous Bill. It will destroy democracy. You want to make the Lieutenant Governor the ‘government’ and the elected dispensation his servant,” questioned Mr Kharge in the upper house.

The Chief Minister Arvind Kejriwal called the Bill an “insult” of the people of Delhi.

“The Bill effectively takes away powers from those who were voted by people and gives powers to run Delhi to those who were defeated. BJP has cheated the people,” Kejriwal said in a tweet.