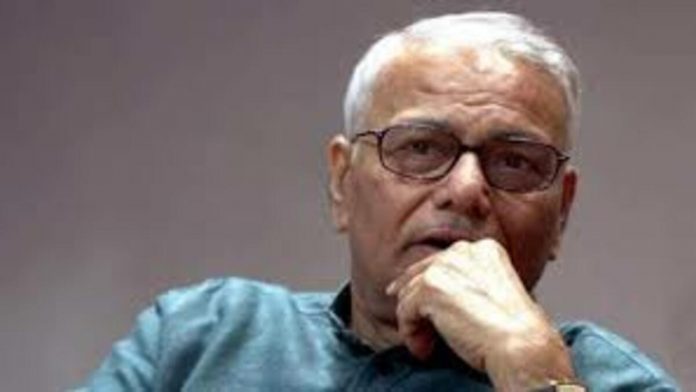 Out of 18 opposition parties, Yashwant Sinha is running for president. After the opposition nominated him, BJP leader Tathagata Roy tweeted a jab at him. “I have never seen such a dreadful position as Yashwant Sinha,” he tweeted. BJP minister, he was. After being fired from the cabinet, he later joined the Trinamool. He was denied a seat in the Rajya Sabha. He is running for president as the fourth choice of the opposition now that loss is inevitable.

Based on general agreement, the opposition has named candidates for the 2022 presidential election. The opposing candidate in the Raisinar election is Yashwant Sinha of Trinamool. He has held the position of Trinamool’s All India Vice President. He served as a minister in the Atal Bihari Vajpayee administration as well. He has received support from a number of opposition groups, including the Congress-CPM, for the presidential nomination. The name of Trinamool’s All-India Vice-President Yashwant Sinha surfaced as the opposition candidate in the presidential election after Sharad Pawar, Gopalkrishna Gandhi, Farooq Abdullah, and others declined to run.

The name of Yashwant Sinha was considered during a meeting that was conducted at Sharad Pawar’s home in the morning by Mallikarjun Kharge of the Congress, Jairam Ramesh, Sitaram Yechury of the CPM, and D Rajara of the CPI. Sources claim that Yashwant Sinha’s inclusion in the meeting was opposed by the Congress and the CPM. Sharad Pawar, the leader of the NCP, responded by asking, “Where is the problem if Yashwant Sinha leaves Trinamool and runs for president?” The source claims there was a disagreement, but Yashwant Sinha’s name was nonetheless chosen.