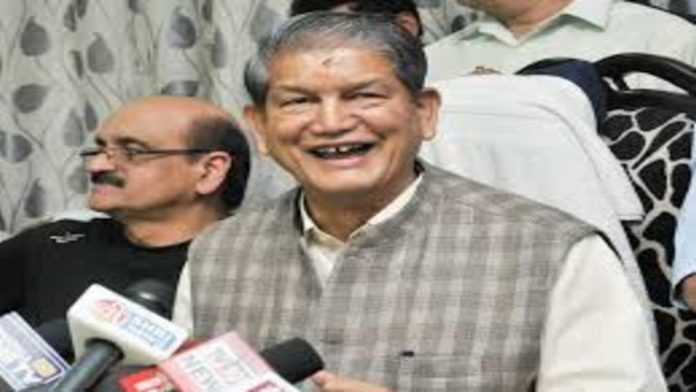 The Congress national leadership has duplicated the same technique in poll-bound Uttarakhand after settling a quarrel between competing camps in its party unit in Punjab. Harish Rawat, the party’s general secretary, has been given a new job as head of the election campaign committee. As a result, the Congress’s de facto chief ministerial face will be the septuagenarian leader. In a move similar to Punjab, Rawat loyalist Ganesh Godiyal has been named president of the state party unit. In addition, four new working presidents have been named.

The reorganisation was intended to keep discontent in check, however certain leaders are still raising their voices. Former state congress president Kishore Upadhyay, a Garhwali Brahmin, is said to be enraged over not being re-elected and has expressed his displeasure to the party leadership. Former minister Navprabhat, a Brahmin from the Garhwali region, has turned down the seat that has been offered to him. Navprabhat was in the running for the position of state unit chief, but was instead assigned the duty of preparing the party’s election platform.

From the standpoint of the Congress, there are significant parallels between Punjab and Uttarakhand. Early next year, both states will have elections. Both countries have ambitious presidents whose egos frequently collide. Furthermore, both states share one man: Harish Rawat, the hill chief who, in his role as Punjab incharge, has been successful in thawing the ice between Amarinder Singh and Navjot Singh Sidhu, the new state party chairman. Along with Sidhu, the Congress chose four working presidents in an attempt to pacify rebels in the state wing.

The similar process was used in Uttarakhand, where outgoing state unit chief Pritam Singh was named leader of the opposition, a position that had been vacant since Indira Hridayesh’s death. After days of frantic lobbying in New Delhi, Rawat was able to choose Ganesh Godiyal, a Garhwali Brahmin and industrialist, as the new Congress unit chief. Tilak Raj Behar and Jeet Ram, two of the four working presidents, are Rawat supporters. Pritam Singh, on the other hand, has a piece of the action. Ranjit Rawat and Bhuwan Kapri, two of his associates, have been named working presidents. Kapri is from Khatima, which is represented in the Uttarakhand assembly by chief minister and Bharatiya Janata Party politician Pushkar Dhami.

Three Brahmins, three Rajputs (including Rawat), two Dalits, one Baniya, and one Punjabi are among the ten leaders in the main team, which also includes the state Congress president, working presidents, and campaign committee.

After significant leaders such as Satpal Maharaj, Harak Singh Rawat, Vijay Bahuguna, and Yashpal Arya defected to the BJP between 2014 and 2016, Harish Rawat, Pritam Singh, Kishore Upadhyay, and the late Indira Hridayesh remained the four big faces in the Uttarakhand Congress. Kishore Upadhyay is not affiliated with any organisation, although Indira Hridayesh and Pritam Singh were on the same boat till last month. After the former’s death, the equations shifted, and this, experts believe, provided a ‘long-awaited’ opportunity for Congress’s veteran warhorse Harish Rawat.

Now that the new team is in place, efforts are being made to bring the opposing factions together under one roof. With young CM Pushkar Dhami at the helm, political observers believe the ruling BJP has a strong organisational network. Despite this, with seasoned all-rounder Rawat as captain, the Congress has a chance to score in the poll match. But a lot will hinge on how well the rest of the squad works together.

“The Aam Aadmi Party is ready to snatch the space of the Congress in the state. Nevertheless, the BJP is not going to give up easily. The party has replaced its chief minister thrice with a single agenda to regain the trust of the voters. For the Congress, the elections are not going to be a cakewalk as on one side it will face BJP and AAP, and on another the shadowy backstabbers all around,” said Manmohan Bhatt, a Dehradun-based political observer.

The Congress fell poorly in the 2017 assembly elections after failing to withstand a big Modi wave. Harish Rawat, the party’s poster boy at the time, also lost both of the seats he ran for.

The Congress claims that the situation is different this time. It’s a do-or-die battle for the Congress in the hill state, according to a senior party functionary who has found a spot in the reshuffle.

“For our own survival we will have to contest elections as one team; else like other states, we will become history,” he said.