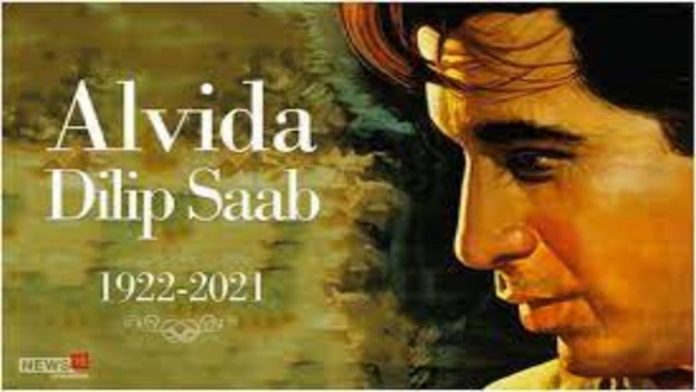 Legendary actor Dilip Kumar has died at the age of 98 at Hinduja Hospital on July 7. He was suffering from prolong illness, for which he was hospitalized twice in the month of June.

Dilip Kumar was complaining breathing issues, every time he was hospitalized.

The actor breathed his last at 7:30 am today. He survived by his wife Saira Banu, who is also a veteran actress.

The announcement came after a family friend of Dilip Kumar tweeted, “With a heavy heart and profound grief, I announce the passing away of our beloved Dilip Saab, few minutes ago. We are from God and to Him we return. – Faisal Farooqui (sic).”

A few days back Saira Banu was spotted outside the Hinduja Hospital where she told the paparazzi that Kumar was doing well. She had also asked everyone to keep Dilip Kumar in their prayers.

Hearing the news of Kumar’s death, Prime Minister Narendra Modi condoled the death and described the actor as “cinematic legend”. PM Modi also said that Dilip Kumar’s death is the “loss of our cultural world”.

PM Modi even talked to Saira Banu and conveyed his condolences.

Taking to his twitter handle PM Modi tweeted, “Dilip Kumar Ji will be remembered as a cinematic legend. He was blessed with unparalleled brilliance, due to which audiences across generations were enthralled. His passing away is a loss to our cultural world. Condolences to his family, friends and innumerable admirers. RIP”.

Sharing Kumar’s picture on his twitter handle Congress leader Rahul Gandhi also expressed his condolences saying. “My heartfelt condolences to the family, friends and fans of Dilip Kumar ji. His extraordinary contribution to Indian cinema will be remembered for generations to come.”

The late actor has played prominent roles in Hindi classic cinema like Mughal-E-Azam, Naya Daur, Devdas, Ram aur Shyam and Ganga Jumna. He was also honoured from Padma Bhushan and Padma Vibhushan in 1991 and 2015 respectively.