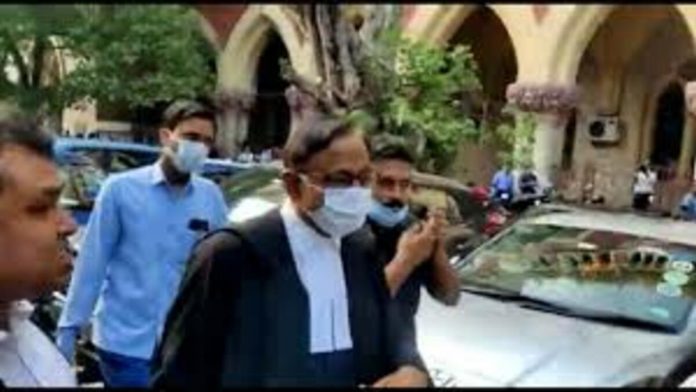 P Chidambaram, the former Union Finance Minister and a senior counsel, was protested by a group of lawyers at the Calcutta High Court on Wednesday for appearing for a firm in a case filed by state Congress president Adhir Chowdhury.

Chidambaram was dubbed a “agent of Trinamool Congress supremo and Chief Minister Mamata Banerjee” by the protesting lawyers who claimed allegiance to the Congress.

When Chidambaram exited the High Court, some lawyers chanted anti-Chidambaram slogans and questioned why he was fighting Adhir Chowdhury. They attempted to stop his automobile as well, but security personnel cleared the way for him. The claims levelled by the protesting lawyers were not addressed by Chidambaram.

“Thousands of party workers are attacked by the TMC in West Bengal,” said Kaustav Bagchi, a lawyer from the Congress cell. Regrettably, a senior Congressman (Chidambaram) has sided with the TMC. It is something that we strongly oppose. I reminded him that the Congress is in this state today because of charismatic leaders like him. We won’t be able to recognise Chidambaram as a Congress leader from now on.”

Adhir Chowdhury has expressed his dissatisfaction with the selling of a 46 percent stake in Metro Dairy, a state-controlled company, to Keventers.

He claims that Keventers, which sold 48 percent of the company’s stock, sold the remaining shares to another company for a greater price.

He also stated that there was no openness in the company selection process during Metro Dairy’s complete privatisation, and that the share price was not calculated in a scientific manner.