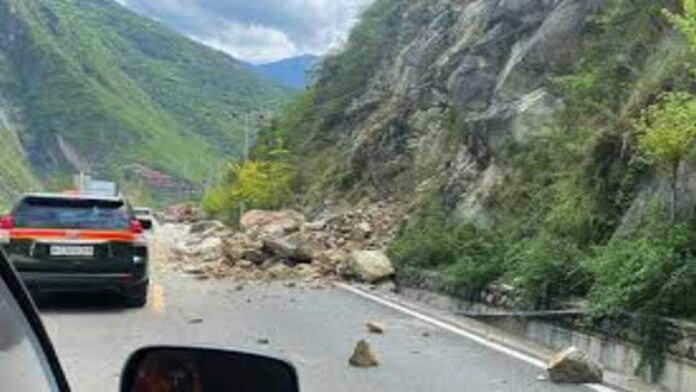 According to Reuters, a 6.8-magnitude earthquake that occurred on Monday killed at least 66 people in China’s mountainous Sichuan region.

According to The Global Times, the earthquake occurred roughly 40 kilometres from Luding County. The county is vulnerable to earthquakes since it is located where the tectonic plates of the Tibetan Plateau meet. On Monday, Sichuan was struck by seven earthquakes with a magnitude more than 2.8 in a single hour.

Even though Chengdu, the provincial capital, is almost 200 kilometres from the earthquake’s core, it was affected.

According to The Global Times, the earthquake caused landslides, damaged houses, and trapped many people under the debris. According to Sichuan authorities, more than 50,000 residents have already been moved, and searches are being conducted for those who have gone missing.

Videos from the province of Sichuan show sand and stones descending from the mountains. The debris slowed down the flow of traffic. In towns close to the core, communication and power lines broke.

Rain is expected in Luding County, according to the local meteorological authority, which may hamper rescue attempts.

A drought is already present in Sichuan. According to the Sichuan Provincial Department of Economics and Information Technology, the water levels at hydropower reservoirs had decreased by half in a month, the Associated Press reported.

Sichuan’s decreased hydropower output has caused a reduction in industrial electricity use.