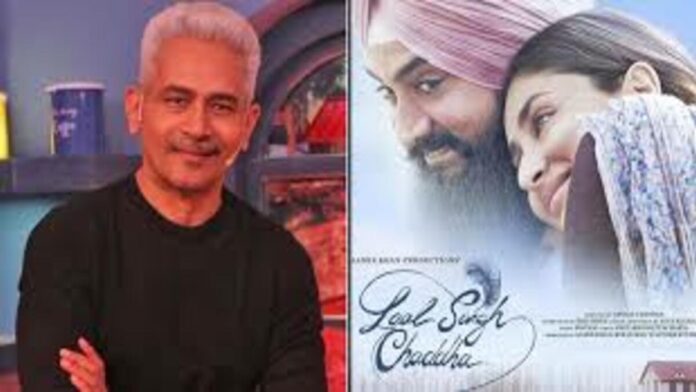 Laal Singh Chaddha, the most recent film by Aamir Khan, bombed at the box office. Only 127 crore had been made off of the ambitious movie’s stated 180 crore budget in the 20 days after its premiere. The lacklustre reviews and other factors combined have led to the conclusion that the movie significantly underperformed. Atul Kulkarni, the film’s author, recently sent out a cryptic tweet about people celebrating “destruction,” which many Twitter users interpreted as a response to the boycott demands for the movie.

Forrest Gump, an Oscar-winning movie from 1994, has an official Hindi version in the form of Laal Singh Chaddha. Along with Aamir and Kareena Kapoor, Mona Singh, and Naga Chaitanya, it was adapted by Atul Kulkarni. On social media, there have been demands to boycott the movie even before it came out. Many brought up Aamir’s previous remarks on India and religion and demanded that all of his films be boycotted. After the movie’s box office failure, many of the boycott’s supporters have “celebrated” its achievement.

Atul tweeted on Sunday that “the harsh facts are reduced to debris when destruction is welcomed as if it were a circus.” He updated the tweet with the hashtag “global phenomenon.” Although Atul did not make it clear what the message was about, many Twitter users assumed he was alluding to the movie’s dismal box office performance, which its critics and supporters have hailed as a victory. Even for the tweet, the actor-turned-screenwriter disabled remarks.

In reaction, many individuals have quoted tweeted Atul’s post. I can see why Atul has restricted the comments to his tweets, one person wrote. There is a dark world out there that rejoices in the failure of others. Now is the moment to reflect because rational thought has been lost. Really regrettable!” Another person tweeted, “This time will too pass… take it in your stride,” encouraging him to keep fighting.

However, some also criticised Atul for putting the blame for the movie’s failure on the audience. One user tweeted, “Take creative responsibility as well, Are bhaiya, movie me dum nahi hai (brother, the movie lacks substance)! “If a movie is good, it works,” the saying goes. Another commenter said, “When devastation is brought about by the incumbent’s incapacity, then it calls for joy.”

The film Laal Singh Chaddha marks Atul’s debut as a scriptwriter. Over the course of a three-decade acting career, he appeared in several movies and twice took home the National Film Award for best supporting actor. The actor’s most recent appearance came earlier this year in a supporting role in the Disney+ Hotstar series Rudra: The Edge Of Darkness.