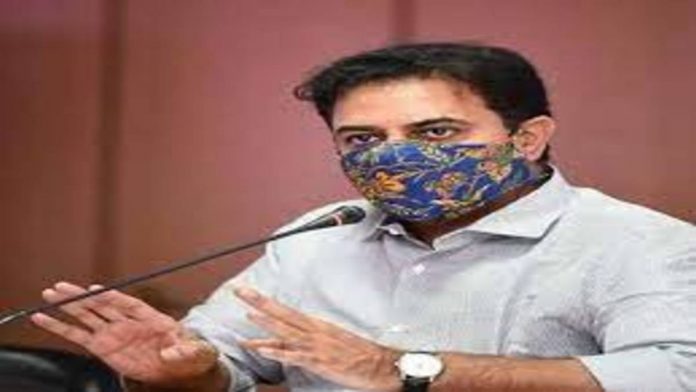 In a letter to UM Jitendra Singh, the Telangana Minister stated that every year, many individuals from many states apply to the UPSC and other recruiting organisations for positions in the central services, departments, and undertakings.

“However, these competitive exams are held in only English and Hindi, which was a serious disadvantage to students who did not study in English medium or not from Hindi speaking states,” he wrote.

“Allowing applicants to write competitive exams in their respective languages will provide an equal and fair opportunity to the candidates from all the states,” the Siricilla MLA said.

The Union Cabinet had approved the proposal to establish a National Recruitment Agency, which had decided to facilitate a Common Eligibility Test (NRA-CET) to replace multiple examinations for recruitment to Central government jobs and conduct these examinations in 12 Indian languages, according to KTR, who is also the Information Technology Minister. He commented that, while he applauded the move, he was disappointed to learn that the improvements were not being handled effectively.

“For instance, in a recent job notification i.e. Constables (GD) in Central Armed Police Forces (CAPFs), NIA, SSF and Rifleman (GD) in Assam Rifles Examination, 2021- candidates are allowed to write the exam only in Hindi or English. The same is the case with a few other employment notifications in the recent past. This comes as a rude shock to applicants belonging to regional languages, who are forced to lose great opportunities,” KTR stated.

He requested Jitendra Singh to look into the matter and allow applicants to write in regional languages in all competitive exams given by the Centre, its departments, and organisations, such as the UPSC, RRB, PSBs, RBI, SSC, and others.

KTR also urged that the Centre halt the recruitment process for existing job notifications and desist from issuing new job notifications until a proper implementation policy on the regional languages issue is developed.