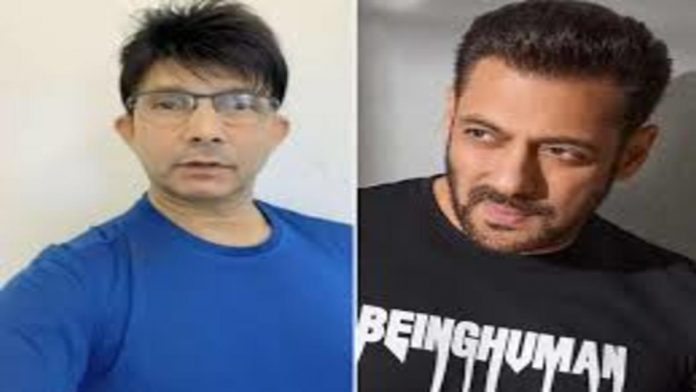 Self-declared critic Kamaal R Khan, otherwise called KRK, has indeed attacked Bollywood superstar Salman Khan in a progression of new tweets. KRK, who has been hit with a defamation suit by actor Salman Khan for “endorsing defamatory allegations” against the actor, has said that over 20 Bollywood actors have stretched out their help to him in his continuous conflict with Salman Khan. He expressed, “More than 20 Bollywood people have called me to give me their support. They said, that they were not able to do that whatever I am doing. Because they were not ready to have a direct conflict with him. They were scared to make him their enemy. I say- Thank you all so very much!”

On Saturday, without referencing Salman in his tweets, KRK claimed that he’s heard that the Radhe actor has finished many careers. He tweeted, “Whoever speaks against him, he destroyed his career. Main Iska Career Chaupat Karke, Isko Sadak Par Le Aaoonga.” In another tweet, KRK said, “Now many people are calling me from Bollywood. Many are giving suggestions on Twitter. And all are saying the same thing. Ki Bhai Bachke Rahna, Ye Tumko Marwa Dega! Thank you all that You are concerned. But Main Fir Bhi Isse Nahi Darta! I will continue my fight for the truth.”

After at first saying something that he won’t review Salman Khan’s movies, KRK backtracked on his claims. He later said that he’d keep on reviewing Salman’s movies regardless of whether he “touches my feet.”

A few days back, Salman’s legal team DSK Legal had given an official statement with respect to the case stating that the actor had registered a defamation suit against KRK for “publishing and endorsing defamatory allegations, including that Mr. Salman Khan is corrupt, that he and his brand ‘Being Human’ is involved in fraud, manipulation, and money laundering transactions, that he and Salman Khan Films are dacoits.”