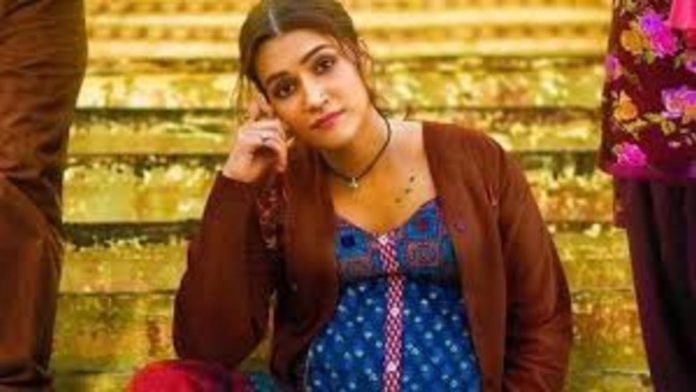 Mimi, the upcoming film starring Kriti Sanon and Pankaj Tripathi, was released four days early. The film was set to premiere on Netflix on July 30. The makers, however, appear to have chosen to release the film ahead of schedule after it was leaked on unlicensed websites.

On Monday, bootlegged copies of Mimi in Full HD and 4K appeared on a number of pirate sites and Telegram. Previously, pirated platforms leaked Salman Khan’s Radhe: Your Most Wanted Bhai.

On an Instagram Live session, producer Dinesh Vijan discussed the early release. He stated the early release is a birthday present for Kriti, according to sources. On July 27, the actor becomes 27 years old. “Like babies are born premature, our film can also come early,” Dinesh had stated.

Mimi is directed by Laxman Utekar and stars Sai Tamhankar, Supriya Pathak, and Manoj Pahwa. Kriti plays a surrogate for an overseas couple after learning she will receive Rs. 20 lakhs for carrying the baby in the trailer, which was released earlier this month. However, the couple split up in the middle of the pregnancy, leaving Kriti pregnant.

Mimi is a remake of the Marathi film Mala Aai Vhhaychy!, which won a National Award. Kriti has gained 15 kilograms for the film. Kriti had stated at a media interaction regarding the film that it is not intended to be ‘preachy.’ According to PTI, she said, “It’s not preachy or serious. It’s not like you are going to watch a film on surrogacy and it’s going to be a documentary film. It’s a very entertaining film, filled with humour, and a lot of ups and downs. There’s a beautiful graph of the woman I am playing, Mimi, where she wants to be an actress.”

Supriya plays Kriti’s mother in the film. In a recent Instagram post, Kriti remarked of the legendary actor, “My mother is someone who keeps taunting me. She is a very mummy mummy. The way Supriya ma’am did that character, she completely flipped it. There are so many things about her that are so much like my mother. So, I actually was seeing my mom in her.”