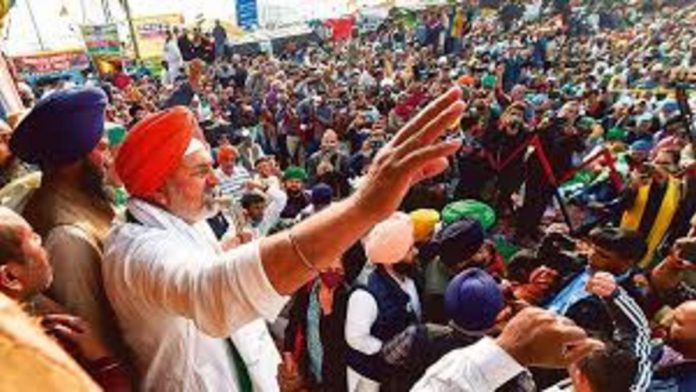 The farmers’ Union Samyukta Kisan Morcha (SKM) on Wednesday appealed to all the people of country to collaborate in making the Bharat Bandh on March 26 a ‘complete success’ and to “honour their Annadata”.

“We appeal to the people of the country to make this Bharat Bandh a success and honour their ‘Annadata’,” said a farmer leader Darshan Pal.

The farmers have been protesting for over four months now for their demands but the government who should have listened to their demands is busy in dishonoring them, said the Union in a letter.

In the letter it was also mentioned that the country will go under a bandh on March 26 as all road, rail transports, markets and all other public places will remain close from 6 am to 6 pm. Although, restrictions need not to be mandatorily followed in those states and UTs where elections are going to be held, read the letter.

In the meantime, the Bharatiya Kisan Union (BKU) leader Rakesh Tikait sad that farmers need not to be divided as they may have to again go to Delhi borders and break barricades.

“They (Centre)  have tried to divide us on the lines of caste and religion but they were unsuccessful. You would need to go to Delhi when asked and have to breach barricades again,” said Tikait at a public address in Jaipur.

Slamming the Centre he said, if needed farmers will sell crops even in parliament. “PM Modi said farmers can sell crops anywhere. We will prove it by selling at State Assemblies, Collectors’ offices and the Parliament. No mandi can be better than Parliament,” said the BKU leader.

The three farm laws against which the farmers have been protesting are — the Farmers Empowerment and Protection) Agreement on Price Assurance and Farm Services Act 2020, the Essential Commodities (Amendment) Act, 2020 and Farmers’ Produce Trade and Commerce (Promotion and Facilitation) Act, 2020.