Katrina Kaif Appears On Koffee With Karan, See What She Reveals About Wedding With Vicky Kaushal 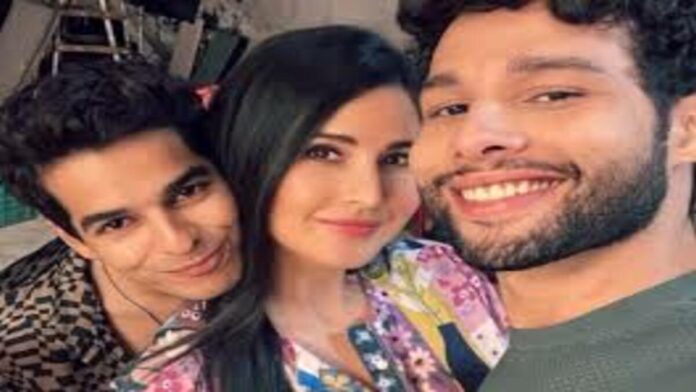 Along with her Phone Bhoot co-stars Siddhanth Chaturvedi and Ishaan Khatter, Katrina Kaifis scheduled to participate on the tenth edition of Karan Johar’s discussion programme, Koffee With Karan 7. On September 8 at 12 am, it will make its debut on Disney+ Hotstar alone. The first trio of the season, these three ratchet up the heat as they talk about bromance, potential partners, and the idea of suhaag raat. During the episode, Katrina also finally spilt the beans on her relationship with Vicky Kaushal.

Vicky was never on the actress from Sooryavanshi’s radar, she shockingly revealed. Katrina said: “I did not even know anything about him. He was merely a name that I had heard, but never connected with. But then, when I met him, I was won over!” The actress continued, “It was my destiny and it was genuinely meant to be. My relationship was unexpected and out of the blue. There were so many coincidences that everything briefly seemed unbelievable. Vicky and Sidharth Malhotra have previously featured together on Koffee with Karan this season.

On December 9 of last year, Katrina and Vicky exchanged vows at the Six Senses Fort Barwara in Rajasthan. The couple’s romantic wedding and pre-wedding photos quickly went viral on social media. Prior to their wedding, they had never spoken about their relationship publicly.

Meanwhile, on the job front, both Vicky and Katrina have an interesting line-up of projects. The movie Govinda Naam Mera will feature him. He also has the untitled Laxman Utekar and Sara Ali Khan movie. Next, Vicky will feature inSam Bahadur and Anand Tiwari’s unnamed next.