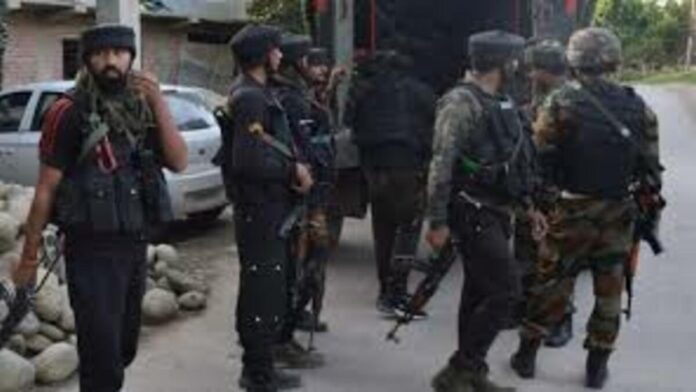 Tuesday, militants opened fire at an apple orchard in the Chotipora neighborhood of Shopian, killing one Kashmiri Pandit. Another person suffered harm. There is a cordon around the location. The second targeted killing in less than a week occurred today.

“Both are members of a minority group. Person with injury has been taken to the hospital. a cordoned-off area. Further information will be provided, “Police in Jammu and Kashmir tweeted.

Sunil Kumar has been recognized as the deceased. The attack on Kashmiri Pandits was claimed by the terrorist organization “Kashmir Freedom Fighters.”

Manoj Sinha, the governor, expressed his condolences: “I am beyond words in pain over the abhorrent terrorist attack in Shopian on civilians. My thoughts are with Sunil Kumar’s family. praying for the injured to heal quickly. All parties should strongly denounce the attack. The terrorists who committed the heinous act will not escape punishment.”

Mehbooba Mufti, the head of the PDP, also expressed her sorrow over the event. “I’m really sad to hear about the Shopian targeted assassination. My sympathies go out to the deceased’s family. GOI still acts like an ostrich that has its head buried in the sand. Every J&K inhabitant has been reduced to a target in Delhi’s pursuit of “manufactured normalcy.””

In the Bandipora area of Jammu & Kashmir, militants shot and killed a migrant laborer from Bihar three days prior. The assault happened late on Thursday night in Bandipora’s Soadnara Sumbal. Mohd Amrez, a weaver from Madhepura in Bihar, was the deceased. Amrez was about 20 years old.

They were sound asleep when they heard gunshots at around 12:20 in the morning, according to Mohammad Tamheed, who identified himself as Amrez’s brother.

In a targeted strike in Kashmir this year, Amrez is the fourth non-local victim. Six members of the security forces and 14 civilians have died in targeted attacks so far this year.

A targeted attack in Anantnag claimed the life of one police officer in January. No such murders occurred in February. The biggest number of these killings—five civilians, a CRPF jawan on leave, and a special police officer (SPO) in Shopian and Budgam—took place in March. In the same attack, the SPO’s brother also perished.

Terrorists shot and killed a non-local bank manager, a non-local laborer, and a sub-inspector of police in June. So far in August, there have been two fatalities among foreign laborers.