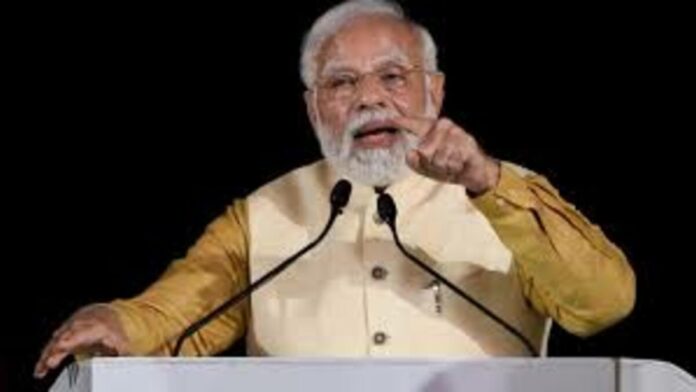 On Thursday, Prime Minister Narendra Modi claimed that Kingsway or Rajpath, another representation of “slavery” under the British Raj, had been permanently erased from history. He made this statement upon the opening of Kartavya Path, the government’s massive Central Vista renovation project’s newly named route between Rashtrapati Bhavan and India Gate (formerly known as Rajpath). At the India Gate, he also erected a 28-foot-tall statue of Netaji Subhash Chandra Bose.

Modi said the renaming has given the country a new energy and inspiration. “India would have achieved a new height if it had followed Subhas Chandra Bose’s example. He was sadly forgotten, “At the important event, he said.

As he praised the nation’s population for escaping “another emblem of colonialism,” Modi declared that a new age has begun in the form of the “Kartavya Path.”

He claimed that the nation had received new inspiration and vigor during the Amrit Mahotsav of Independence. “By putting the past in the past and adding new colors to the picture of tomorrow, we are filling it today. This modern air, which is the aura of New India’s confidence, is pervasive today “said he.

We will now be motivated and led by Netaji’s statue at India Gate, according to Modi. The PM remarked, “We made several decisions in the last eight years that bear traces of Netaji’s beliefs and goals.

He added that the government’s initiatives to reform are now included in its policies rather than just being symbolic improvements.

He expressed gratitude to all who contributed to the creation of the Kartavya Path and remarked that they not only created it but also demonstrated to others the path of “kartavya” (duty).