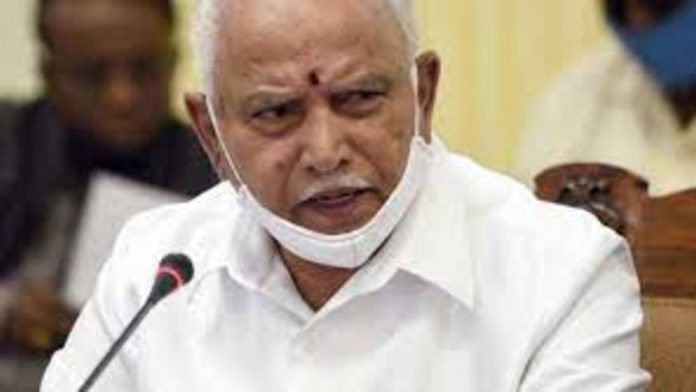 In an unexpected turn of events, Karnataka Chief Minister BS Yediyurappa has cancelled a dinner with all BJP MLAs scheduled for 7 p.m. on Sunday at the Shangri-La Hotel in Bangalore.

Yediyurappa has asked for the dinner plan to be put on hold, according to the Chief Minister’s Office (CMO). A new date is expected to be set soon, according to sources. It is being speculated that “there might be political developments and hence the CM has asked it to be rescheduled.”

The Chief Whip’s Office sent out an official invitation to all BJP legislators for the planned dinner meeting on Tuesday.

The meeting was abruptly cancelled at a time when rumours of a leadership transition have been circulating in Karnataka for the previous three to four months.

Several BJP legislators have publicly criticised Chief Minister BS Yediyurappa and accused him of corruption. According to reports, the BJP’s high brass has begun hunting for a new CM face.

Despite the fact that the Lingayats are the backbone of the BJP’s vote bank in Karnataka, reports suggest that the party is open to recruiting strong leaders from other communities.

On Wednesday, however, a group of Lingayat seers led by the Siddaganga Mutt met with Yediyurappa to check on him.