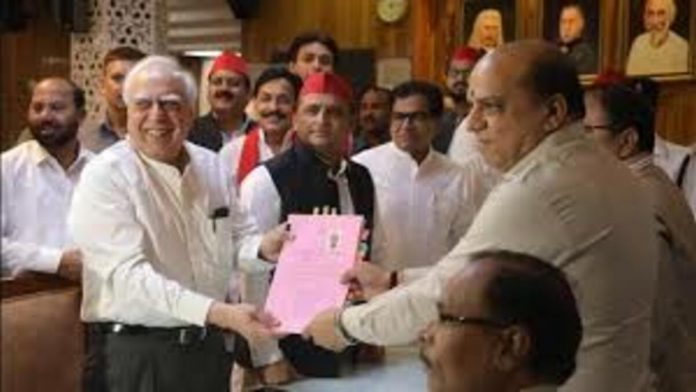 Senior Congress leader Kapil Sibal on Wednesday announced that he has quit from Congress last week. He has filed a nomination in Rajya Sabha with support from Samajwadi Party. However, in an interview Mr Sibal said that he has no grievances with Congress and said that it was “time for him to move on”.

He was amongst the veteran Congress leader and was also a part of G-23 leaders who had also sought changes and development within Congress.
“I want to be an independent voice in the country. There’s no independent voice in Parliament at the moment. Everybody is tied to the coattails of some political party and members can’t speak their mind,” he said while speaking to media.

Speaking for Samajwadi Party’s support for his Rajya Sabha nomination Mr Sibal said, he is independent leader saying, “they might have supporter me, but it is their generosity”.

He further said, “Nobody is bothered about the real problems of our country, its politics and politics that reverberate throughout the House.”

However, Mr Sibal did not speak anything against Congress.

“I was in this party for 30-31 years and I served this party to the best of my abilities. I have no angst, no anger, no grievances. It is time for me to move on, and that’s why I have decided to be an independent voice of the House,” he said.

“It is for Congress to decide what their future should be, how they should rejuvenate the party, and how that party should be at the forefront of national politics,” said the 73-year-old leader.

The veteran leader said that he will trying best to bring the opposition together for 2024 General elections.

“My effort will be to try and bring all opposition parties on one platform so that we can find this juggernaut. We should all prepare for the 2024 election, unite all those who are in opposition on one platform, and fight the BJP, ” Kapil Sibal said.