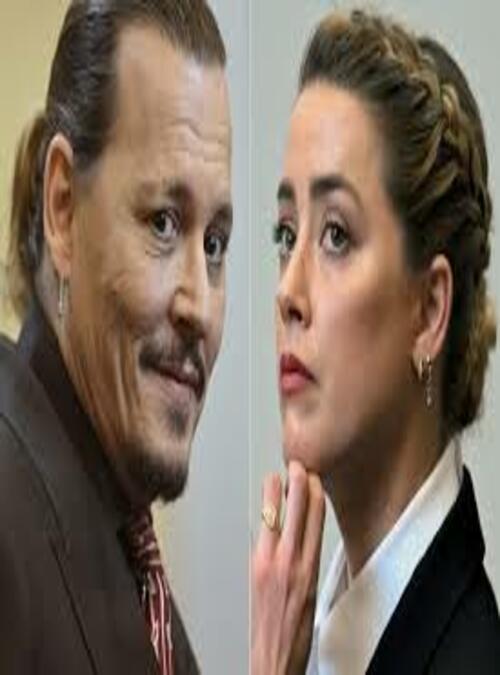 Amber Heard, who portrayed herself in an op-ed as a “public figure symbolising domestic abuse,” was found to have defamed Johnny Depp by the jury.

On Wednesday, Depp won more than $10 million in damages in a defamation action against Heard, capping a six-week trial that featured detailed testimony about the pair’ strained relationship.

A seven-person jury in Virginia also found in favour of Heard on one of Depp’s counterclaims. The “Pirates of the Caribbean” star hailed the ruling as “justice,” but his ex-wife called it “a disappointment.”

The much-discussed libel case exposes the former couple’s strained relationship. The six-week trial in Fairfax County Circuit Court devolved into a squabble between Depp and Heard over the facts of what happened in their 2016 divorce. Throughout their relationship, Heard and Depp each accused each other of physical violence.

In 2009, Johnny Depp and Amber Heard met on the set of The Rum Diary and began dating a year later. They tied the knot in 2015. Heard filed for divorce in 2016, alleging that Depp had physically mistreated her while under the influence of narcotics or alcohol during their marriage. Heard was “attempting to gain a premature financial resolution by alleging abuse,” Depp said, denying the allegations. In 2017, their divorce was finalised. After an op-ed she penned in the Washington Post in 2018, Johnny Depp sued Amber Heard for defamation. “I came out against sexual violence — and faced our culture’s wrath,” the op-ed began. That has to change,” Heard said, claiming to have been a victim of domestic violence. She did not, however, mention Depp. The trial’s verdict will be released as soon as possible.

At a Texas elementary school, a law enforcement officer claims that all of the victims were in the same classroom. There was a single fourth-grade...
Read more
WORLD

During a closed-door session of the Quad summit in Tokyo on Tuesday, US President Joe Biden contrasted "India's achievement with China's failure" in dealing...
Read more
- Advertisement -