Jharkhand asks Centre to import 50,000 vials of Remdesivir from Bangladesh 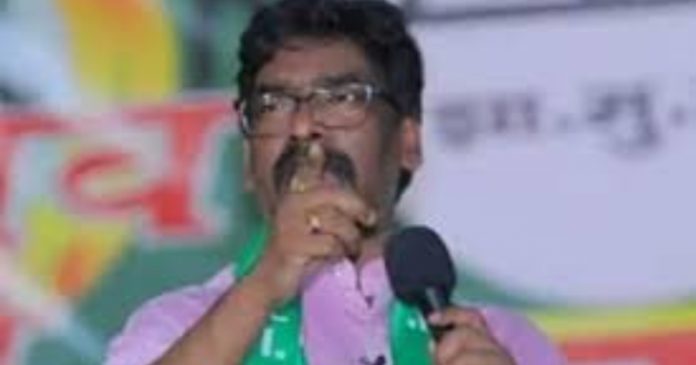 With the increasing demand of the Remdesivir in the state of Jharkhand due to rising Covid cases and deaths, the state government has sought Centre’s perimissjon to import 50,000 vials of Remdesivir from a Bangladeshi pharmaceuticals company.

The Jharkhand Chief Minister Hemant Soren on Sunday in his letter to the Union Cabinet Minister DV Sadanand Gowda sought for a permission for the import of the Covid anti-drug as early as possible.

“We had anticipated the second wave to be less virulent due to vaccination and herd immunity. But, on the contrary, a large proportion of patients are showing major symptoms and require hospitalisation and other such treatment protocols…Remdesivir is a vital medicine in the treatment protocol of a COVID-19 case. Unfortunately, there is an acute scarcity of the medicine in Jharkhand,” the letter by the CM read.

It was also mentioned in the letter that the production in the country for the same has fallen short due to the rising demand has generated the need to reach out at the international companies producing the same medicines.

“Since we could not get the Remdesivir as per our requirement from Indian manufacturers, we started exploring the international market for procuring Remdesivir. We have been able to get a quotation from Bangladesh’s Beximo pharmaceuticals for 50,000 vials of the drug which the Jharkhand government is willing to procure at the earliest in light of the pressing needs of the medicine,” the letter further read.

“In view of the above, I would request you to allow us to import and use the medicine from the said company,” the letter stated at last.

A day before Sunday the state CM Hemant Soren had also asked the Prime Minister to order the Defence Ministry and the Home Ministry to issue instructions for permitting the state government to deploy paramedics, doctors of the CPMFs and Military Hospitals for the treatment of Coronavirus patients.