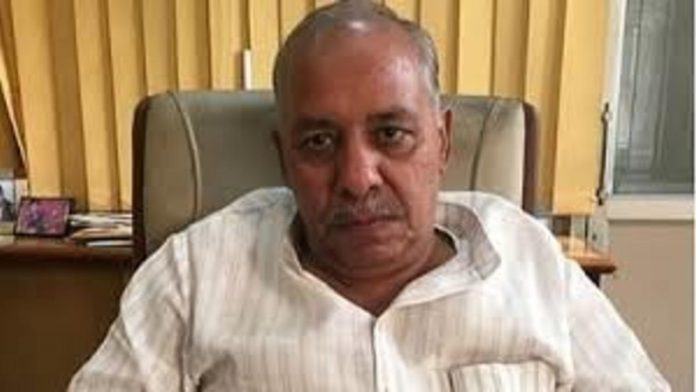 Pushpraj ‘Pampi’ Jain of the opposition Samajwadi Party was searched by officials this morning, days after a tax raid on an Uttar Pradesh businessman unearthed eye-popping heaps of cash but raised questions about whether it had located its intended target.

The Income Tax Department is searching over 50 places in Uttar Pradesh, Delhi, and Mumbai for a businessman who owns a fragrance, fuel pumps, and cold storage facilities and had developed a ‘Samajwadi Party perfume’ ahead of the upcoming UP elections.

The opposition party responded to the raids on Twitter: “After a huge failure last time, this time BJP’s ultimate ally IT (income Tax Department) has finally raided the place of SP MLC Shri Pushp Raj Jain and other perfume traders of Kannauj. Openly misuse of central agencies by scared BJP is common in UP elections. People are watching everything, they will answer by vote.”

The operation comes amid a cloud of speculation surrounding another businessman Piyush Jain’s massive haul in Kanpur and Kannauj, which resulted in the recovery of 196 crore in cash and 23 kilogrammes of gold.

The raids have entered political discourse, with the BJP and Akhilesh Yadav’s Samajwadi Party accusing each other of supporting the jailed perfume dealer.

The BJP claimed that Piyush Jain was behind the recent launch of the Samajwadi scent. Prime Minister Narendra Modi stated in Kanpur on Wednesday, “Taking a shot at the opposition party, “Boxes containing notes have been brought out. Kanpur residents are well-versed in business and trade. Before 2017, the stench of corruption that they had strewn across Uttar Pradesh was visible to all.”

Following Mr Yadav’s remark, Congressman P Chidambaram turned to Twitter to speculate whether the haul was a “comedy of errors.” “I’m guessing the hilarity will continue. As the BJP and SP trade more allegations, more characters will emerge “he stated

Pushpraj Jain had told that he has no links with Piyush Jain and that he was “saddened by the low level of politics”. “It is below the belt to use my name in relation to the raids,” he said. Asked about Mr Chidambaram’s tweet, Jain said, “He may be right, the raids may have been planned for me.”

The mistaken identity idea, on the other hand, was dismissed by sources within the Directorate General of GST Intelligence (DGGI). They claim to have obtained detailed information about the Shikhar Pan Masala group’s alleged tax fraud. A probe led them to transport company Ganapati Road Carriers and Piyush Jain’s Odochem Industries, the sources said.