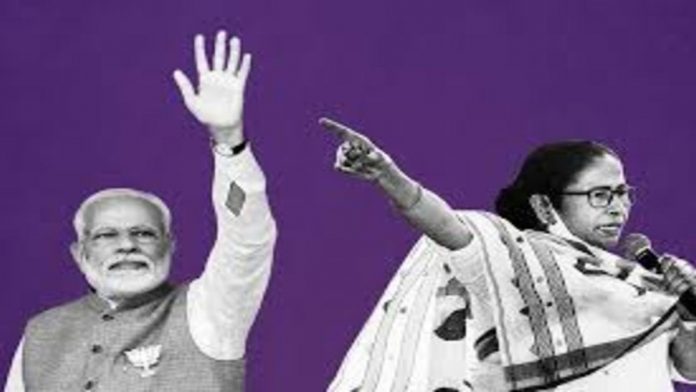 If you ask the BJP camp about the significance of West Bengal Chief Minister Mamata Banerjee’s three-day visit to Delhi, they will refer you to the stage in Bengaluru three years ago, when Sonia Gandhi, Mayawati, and Mamata Banerjee stood together in “unity.”

The event was HD Kumaraswamy’s swearing in as Karnataka chief minister, which was attended by the many opposition figures, including the Gandhis, Mayawati, Sharad Pawar, Banerjee, Akhilesh Yadav, and Tejashwi Yadav. “What happened to the so-called unity after the famous Sonia-Mayawati embrace and many projecting Mayawati as a challenger to the PM? It did not even last six months till the 2018 elections in Madhya Pradesh, Rajasthan and Chhattisgarh when Mayawati contested against the Congress,” a senior BJP minister says.

Mayawati’s role as a “PM challenger” appears to have been taken over by Mamata Banerjee, who, encouraged by her recent victory in West Bengal, is aiming to lead a larger opposition camp in 2024 against Modi.

The BJP camp cites factors such as the Congress’ aversion to playing second fiddle to any opposition party, inherent contradictions in a large opposition alliance with temperamental leaders, the Congress itself being a rudderless divided house so far, including in the states it governs, and no other leader having the same pan-India popularity as Modi to downplay the Banerjee factor.

What goes for Mamata, What not?
Mamata Banerjee is an outspoken leader who has no reservations about publicly criticising Narendra Modi. The victory in West Bengal demonstrated that she can hold her own against the BJP’s enormous organisation. In the state elections, an unstated understanding with the Congress is considered as a stepping stone to a greater understanding at the national level.

Banerjee also has a player with impressive connections across opposition parties in Prashant Kishor, who may likely offer a more coherent pact than the one tried by opposition parties in the run-up to the last Lok Sabha polls in 2018. Kishor has already met with Pawar and the Gandhis in detail.

However, the BJP has an extensive list of counter-arguments as to why Banerjee’s challenge will fail. Another important factor, according to another senior BJP leader, is the Congress’ unwillingness to accepting anyone other than Rahul Gandhi as the “PM challenger,” especially from another opposition party. The other is Banerjee’s lack of pan-India acceptance, particularly in the Hindi-speaking belt, which is the polar opposite of Modi’s. “Will the Congress risk surrendering its space to another opposition party, like it has in Uttar Pradesh or in Bihar?” the BJP leader wondered.

The BJP cites to the implosion of Congress leadership in states such as Punjab, Rajasthan, and Chhattisgarh to question how the party will manage various agreements with multiple parties if it can’t manage its own house.

The Uttar Pradesh Test
Any opposition agreement against Modi, according to BJP leaders, will be put to the test during the biggest election before 2024, which will be held in Uttar Pradesh next year. So far, the Samajwadi Party, BSP, and Congress have all stated that they will run for elections without forming an alliance, putting the BJP in the lead. “A national opposition understanding is being spoken about with Banerjee as the pivot but opposition parties are still unable to stitch an alliance in UP. It shows the dichotomy in the entire opposition arena,” a senior BJP functionary in the state said.

In the past, Congress’ insistence on a “respectable” percentage of seats in such partnerships in states has proven to be a stumbling block. The RJD lost in the last Bihar elections after handing up a large number of seats to the Congress, which cost the RJD dearly, and the Samajwadi Party suffered in the same way in 2017 in Uttar Pradesh after forming an alliance with the Congress and handing over 100 seats to the Congress. This is precisely what is preventing any opposition alliance from forming in Uttar Pradesh at this time.

“A big win in Uttar Pradesh for the BJP will take the wind out of the opposition sails and the so-called attempts at unity,” the BJP leader said.

People’s “growing disappointment with Modi” over the management of Covid and inflation, particularly in petrol prices, is cited by the TMC and Congress as the springboard for a greater understanding against Modi ahead of 2024. However, the BJP believes that the ambitions of both the TMC and the Congress will prove to be their bane ultimately.