Is Maharashtra Getting A Better Oxygen Supply From Central Govt ? 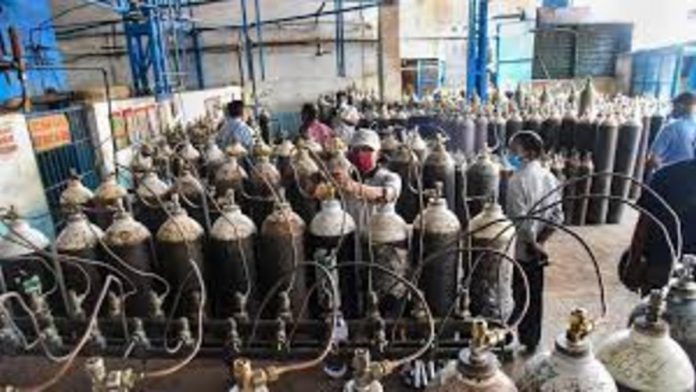 A day after Maharashtra Cabinet Minister Nawab Malik announced free Covid-19 vaccination in the state the former chief minister and senior BJP leader Devendra Fadnavis on Monday said that the ruling Maha Vikas Aghadi (MVA) government is fully confused over the third phase of the vaccination drive that is starting on from May 1.

The centre has made all the adults above 18 eligible for Covid-19 vaccination from May 1.

“Prime Minister Narendra Modi made it clear yesterday itself that all the citizens in country will get free vaccination. At the same time if some states want this process to be accelerated, they have been given liberty to purchase directly from companies,” Fadnavis told Media.

He also told that Maharashtra is the only state which has got the highest quantity of 4.35 lakh doses of Remdesivir and 1,750 metric tonnes (MT) of medical oxygen from the centre, which is just the double of the quantity supplied to any other state.

More than 1,100 ventilators have been supplied to Maharashtra, he added.

“Those who have the habit of blaming the Central government every day should try to behave sensibly at least during the pandemic,” said the BJP leader in a state assembly.

While, the state Congress spokesperson Sachin Sawant said that the list which Mr Fadnavis showed that the states which are being supplied with the oxygen has most companies from Maharashtra.

“The government of Maharashtra has been procuring 1,250 MT of oxygen through these companies in the state. Since these companies are located on the land of Maharashtra, PM Modi`s permission is not required for procuring oxygen from them. This capacity is Maharashtra`s own. However, Fadnavis has used this in the name of Modi and lying to give all the credit to Modi,” he said.

With the rise in Covid-19 patients the demand for oxygen in the state has gone up to 1,750 MT, he added.

“Therefore, Maharashtra had demanded that the Centre supply 500 tonne more oxygen from other states in addition to its own capacity of 1,250 tonnes. Maharashtra is receiving 110 MT (of oxygen) every day from Bhilai, 50 MT from Bellary, 125 MT from Jamnagar, and average 60 MT from Vizag from the Centre,” Mr. Sawant said.

He also said that the oxygen brought by the ‘Oxygen Express’ was 110 MT.

“But at present, the supply is only 345 MT per day from the Centre while transportation problems are affecting supply of the rest of assured oxygen,” he further said.

By giving this explanation Mr. Sawant said that Mr Fadnavis does not know the exact details ans trying to give all the credit to PM Modi.