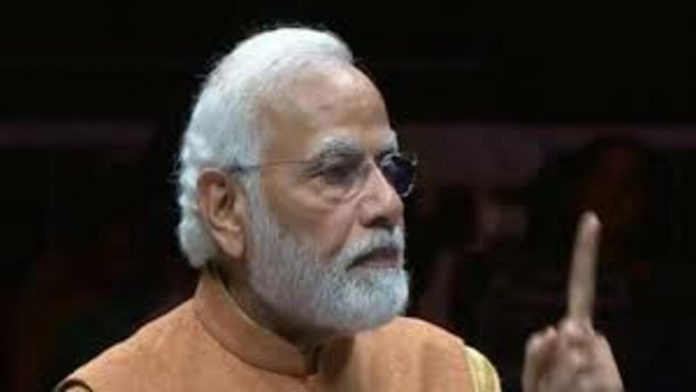 The G7 was informed by Prime Minister Narendra Modi that India’s expertise in agriculture could be used to maintain food security. He also urged the group to secure regular fertiliser deliveries, which have been hampered by the conflict in Ukraine. He demanded that the war be ended through discussion, pointing out that it had an international influence.

Can the G7 provide a formal framework for the extensive application of Indian agricultural skills in its member nations? The Prime Minister made the comment on Monday during a discussion on food security that was held in conjunction with the G7 conference in Germany. “Food security for G7 nations will be maintained with the assistance of traditional farming talent of Indian farmers.”

Modi reaffirmed that dialogue was the best course of action for putting a stop to the conflict in Ukraine. “There is a lot of stress in the world right now,” he remarked. “India has consistently supported world peace. We have consistently advocated for the road of negotiation and diplomacy, even in the current circumstance. This geopolitical tension has an effect beyond of Europe. All nations are being impacted by the global increase in energy and food grain prices. Particularly at danger are the energy and security of developing nations.”

He proposed that the G7 create a formal system for utilizing India’s agricultural expertise. He requested the G7’s assistance in maintaining the fertiliser supply chain’s efficiency. He stated, “We are attempting to expand fertiliser production in India and seek collaboration from G7-countries in this area.

Additionally, he highlighted India’s natural farming revolution. “Your professionals can examine this experiment. We have provided all of you with a non-paper on this topic, “Added Modi.

Millets, according to the prime minister, are a means of ensuring food security.

The International Year of Millets will be observed worldwide in 2019, he stated. “On this occasion, we ought to launch a campaign to advertise a wholesome substitute like millets. Millets have a significant role to play in securing global food security.”

The PM emphasized that India had recently provided 35,000 tonnes of wheat as humanitarian aid to Afghanistan in addition to many other needy nations with food grains. India was the first nation to send aid after the recent earthquake there. Modi continued, “We are also assisting our neighbor Sri Lanka in ensuring food security.”

“India is looked upon as a solution provider by all, which was fairly evident by the body language and camaraderie of leaders with Prime Minister Narendra Modi,” foreign secretary Vinay Kwatra told reporters.