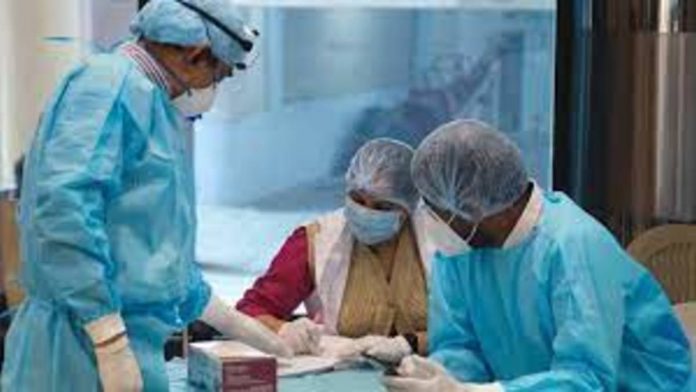 With the cases declining in India the World Health Organization (WHO) has said that the suspected Covid-19 variant that had given rise to sudden spurt in the country has now been detected in 44 other countries in the world.

The B.1.617 Covid-19 variant that was found in October in India has been found in sequences uploaded to the GISAID open-access database “from 44 countries in all six WHO regions,” said WHO adding it has also recieved “reports of detections from five additional countries”.

The report recieved by the UN health agency also said that after India, Britain is the country that has reported highest number of Covid cases infected by this variant.

Earlier this week the WHO had also decleared this B.1.617 varinat — which counts three so-called sub-lineages with slightly different mutations and characteristics — as the “variant of concern”.

The agency said that the list also contains three other variants which were first found in South Africa, Britain and Brazil. These variants are dangerous than the original virus as they either have more transmissibility or are able to get past some vaccine protections.

The reason behind why the B.1.617 variant was added to the list because it has the better transsibility which means it gets transmitted easily than the original virus that has resulted in the rapid increase in infections.

WHO also said that the variant is more resistant to treatment with the monoclonal antibody Bamlanivimab, and also highlighted early lab studies indicating “limited reduction in neutralisation by antibodies”.

The health agency also said with many other more transmissible variants this B.1.617 is one of reason behind the daily high surge in Covid-19 cases and fatalities in India.

“WHO found that resurgence and acceleration of Covid-19 transmission in India had several potential contributing factors, including increase in the proportion of cases of SARS-CoV-2 variants with potentially increased transmissibility,” said the UN body.

Referring the mass gathering it said, “several religious and political mass gathering events which increased social mixing; and, under-use of and reduced adherence to public health and social measures,” had caused the surge in India.

India, with a population of about 1.3 billion people is accounting for 46 per cent of total world cases since last week, said WHO. With about 23 million Covid cases India is at number second to be most infected by the virus.

This unprecedented second wave of Covid-19 has ravaged India’s health infrastructure completely. The wave has worstly affected the country’s major cities including Delhi and Mumbai which has resulted in severe shortage of beds, medical oxygen and other Covid related items in the hospitals.