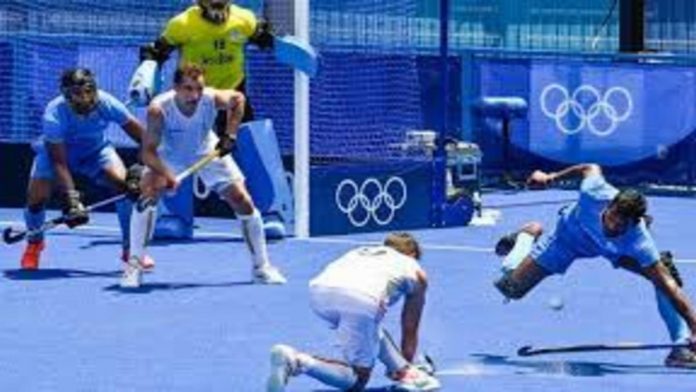 The men’s hockey semi-final match between India and Belgium got off to a fast start, with three goals scored in the opening quarter alone. In the early minutes of the game, Belgium converted a penalty corner, but India responded with a penalty corner equaliser. With a fantastic reverse stroke from Mandeep Singh, the Manpreet Singh-led team took the lead.

Despite taking the lead into the second quarter, India’s lead was short-lived as Belgium applied pressure with back-to-back penalty corners. The pressure paid off when Alexander Hendrickx converted a well-taken penalty corner to tie the game up at 2-2. In the third quarter, no goals were scored, but Belgium took the lead thanks to another Hendrix penalty corner, making the score 3-2. A penalty stroke gave the Belgians a two-goal lead and Hendrickx a hat-trick for the first time in his career.

Annu Rani’s campaign in the women’s javelin throw event came to an end when she finished 14th out of 15 in Group A qualification with a best attempt of 54.04m. Her personal best was 63.24 metres, but she was unable to progress further. In wrestling, India began its campaign at the Makuhari Messe Hall in Chiba, with Sonam Malik falling in the round of 16 of the women’s 62kg freestyle category to Mongolia’s Bolortuya Khurelkhuu.

After being probed by Cricket Australia for emailing a coworker an explicit image of himself along with a slew of inappropriate messages, Tim Paine...
Read more
SPORTS

On Sunday, Australia won their first T20 World Cup title with an eight-wicket victory over New Zealand in a title match that was dominated...
Read more
SPORTS

India closed down from the ICC T20 World Cup 2021 with a positive outlook on Monday as they beat Namibia by 9 wickets in...
Read more
- Advertisement -