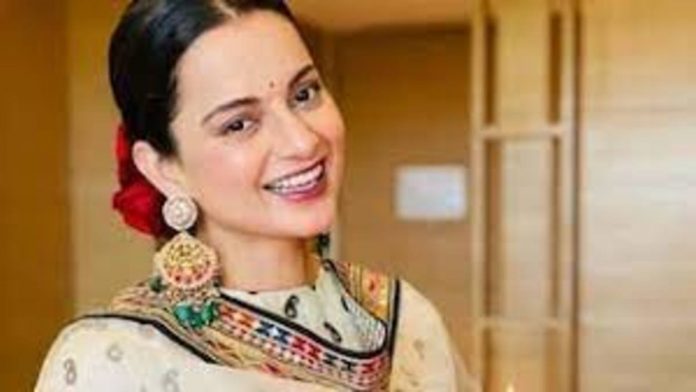 Kangana Ranaut now comes up with her another statement in which she wants India to be renamed as Bharat.

Since the Twitter has shut down her account, people have been missing out her daily tweets and controversial remarks.

On one hand being an immensely talented actress she has been a full time entertainer as her tweets used to keep everyone engage all the time.

She has however, moved to Koo – the Indian microblogging platform, people don’t get to see her statements as frequently as they used to be on twitter. Yet, that has not stopped her from speaking out her mind.

Lately, taking to her Koo and Instagram platform, she has now expressed that officially India should be renamed as Bharat.

“India can only rise if it’s rooted in its ancient spirituality and wisdom, that is the soul of our great civilisation. The world will look up to us and we will emerge as a world leader if we go higher in urban growth but not be a cheap copy of the western world and remain deeply rooted in Vedas, Geeta and Yoga, can we please change this slave name India back to Bharat,” Kangana wrote.

She said, “British gave us slave name India… which literally means east of Indus River. Really would you call a child small nose or second-born or worse C section? What kind of a name is this? So rudimentary. Let me tell you the meaning of Bharat. It’s made of three Sanskrit words BH (bhav), Ra (rag), ta (tal). Yes, that’s who we were before we were enslaved, the most culturally and aesthetically evolved civilisation. Every name has a vibration and the British knew this they not only gave new names to places but even to people and important monuments. We must regain our lost glory, let’s start with the name Bharat.”

Indeed, authentic irregularities and errors in any case, Kangana’s thoughts do make senses from a post-colonial point of view.

A few prominent post-colonial researchers agree that colonizers, and not only British colonizers, renamed all that they could lay their sights on as an approach to eradicate the possibility of ‘self’ of the colonized.

They even agree that to totally free themselves, the colonized should rename their social identifiers, in their own custom. Obviously, a few different researchers accept that renaming things isn’t actually the best solution.

Also, it can’t be fully believed that the name Bharat is originated from three Sanskrit words, as Kangana said.

But on Koo, people are seen supporting the actress.

However, last year the Supreme Court of India had rejected a plea asking India to be renamed as Bharat.