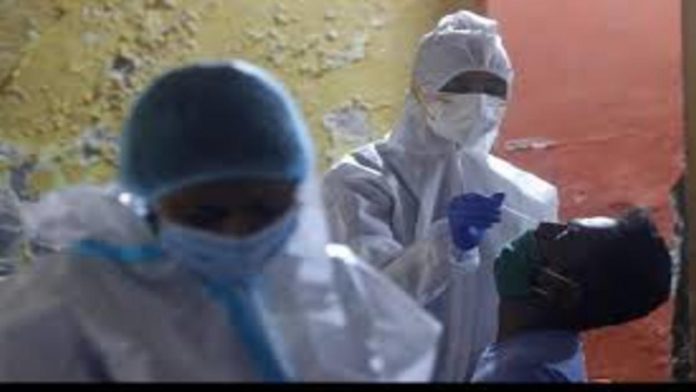 India on Monday broken a record of daily spike since the Covid-19 outbreak by registering 1,03,558 cases in a single day. It is the highest since the start of the pandemic.

As per the government data this rise of over one lakh cases has taken the country’s case tally to 1,25,89,067.

Maharashtra which is responsible for more than 57 per cent of daily cases remains the worst affected state with more than 30 lakh cases since the start of the pandemic. The state recorded 57,074 cases on Sunday which is also the highest spike in the state so far.

A high level meeting chaired by Prime Minister Narendra Modi with other key officials — the Health Secretary, Cabinet Secretary and the Principal Secretary to the PM was also held on Sunday to discuss the daily high rise in 10 states.

“It was emphasised that the reasons for the sharper rise in cases could be mainly attributed to the severe decline in compliance of Covid-appropriate behaviour primarily in terms of use of masks and maintaining ‘2 Gaj ki Doori‘ (six-feet distance, referring to social distancing), pandemic fatigue and lack of effective implementation of containment measures at the field level,” read a statement from the meeting.

The second highest rise which the country recorded was on September 17 when 97,894 cases were recorded in a single day.