Mumbai alone recorded 8,646 cases on Thursday, which is the biggest daily spike since the start of the pandemic. 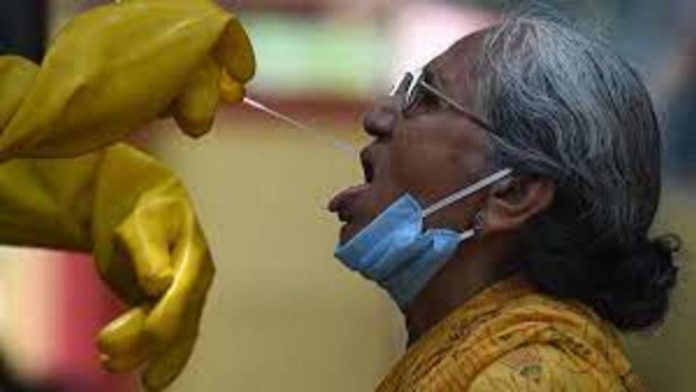 India recorded its highest daily spike in six months with 81,446 new Covid-19 cases. The daily death toll is also the highest since December 6 in last 24 hours which stood at 469. These fresh cases have taken the caseload to 1.23 crore in the country.

About 84.61 per cent of cases are coming from only eight states that are Maharashtra, Madhya Pradesh, Punjab, Gujarat, Chhattisgarh, Kerala, Karnataka and Tamil Nadu, said the Health Ministry.

Maharashtra has been reporting the highest number of daily cases so, the state is taking all necessary steps like imposing more strict guidelines. The state government has also lowered the cost of RT-PCR tests from Rs 1,000 to Rs 500. Charges of rapid antigen tests are also reduced.

Mumbai alone recorded 8,646 cases on Thursday, which is the biggest daily spike since the start of the pandemic.

Delhi’s case tally rose by 53 per cent on Thursday from that of Wednesday as it recorded 2,790 cases on Thursday while on Wednesday it had reported 1,819.

This new surge has worried states and prompted them to reclose schools, imposing restrictions on public gatherings and for other precautionary measures. Many states are even partially imposing lockdowns in the worst hit areas.

Delhi’ s AIIMS (All India Institute of Medical Sciences) chief, Dr Randeep Guleria said that this new surge is because of the new strains because the situation is same as it was in UK when the virus mutated around Christmas last year.

In view of this surge the government has decided to run both the government and private Covid vaccination centres through April including the gazetted holidays.

India has started its third phase of vaccination drive yesterday which will cover all above 45. Earlier those above 45 having underlying diseases were only being vaccinated. Over 36 lakh beneficiaries were vaccinated on Thursday, on the first day of the third drive.