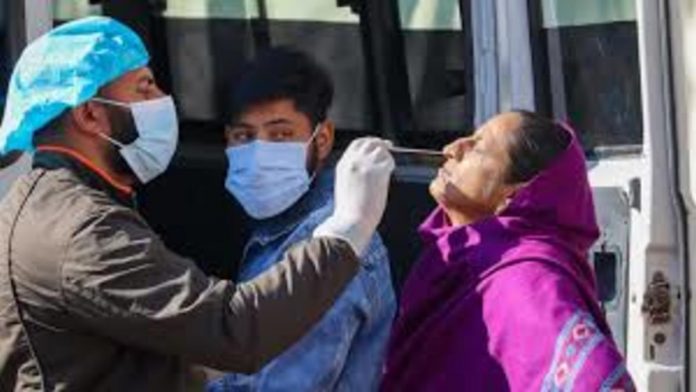 In India, there have been 1,431 cases of the fast-spreading Omicron variant, with Maharashtra reporting the highest cases. In addition, the government reported a 35 percent increase in new Covid cases today, with 22,775 cases detected.

In India, the Omicron variety has now spread to 23 states. With 454 cases, Maharashtra is the worst-affected state, followed by Delhi with 351 cases.

The biggest challenge India will face amid the Omicron crisis will be the sudden need for medical care, WHO Chief Scientist Soumya Swaminathan said. “The surge is going to be very fast and many people are going to be sick,” she warned.

The new variant, which has brought back worldwide curbs, is said to be “highly infectious” – a majority of cases, however, have been reported to be mild.

According to the Health Ministry, active cases make up 0.30 percent of the total caseload. The current daily positive rate is 2.05 percent.

As a result of the increase in cases, governments such as Maharashtra, Delhi, and Tamil Nadu have enforced restrictions in public places. Beaches, open grounds, sea faces, promenades, parks, and other public spaces in Mumbai will be closed to the public between 5 p.m. and 5 a.m. until January 15, while current lockdown restrictions in Tamil Nadu have been extended until January 10.

Anyone who has a fever, headache, sore throat, breathlessness, body ache, loss of taste or smell, fatigue, or diarrhoea should be considered a suspect case of Covid and should be tested, the Center for Disease Control and Prevention said on Friday, amid fears of a third wave and an increase in cases caused by the Omicron variant.

In light of the new Omicron strain, India recommended “precaution doses” for health and frontline workers, as well as individuals over the age of 60, beginning January 10. Prime Minister Narendra Modi also stated that vaccines for children aged 15 to 18 will begin on January 3 in a late-night address.

The Omicron variant has spread across the globe at breakneck speed since it was originally discovered in South Africa last month, and is already found in 106 nations. Early evidence suggests HPV may be more effective in evading some vaccine safeguards, prompting a rush to provide boosters.

According to data released by the Union health ministry on Friday, India has registered 1,17,100 new cases in the last 24 hours, up 28.8%...
Read more
- Advertisement -