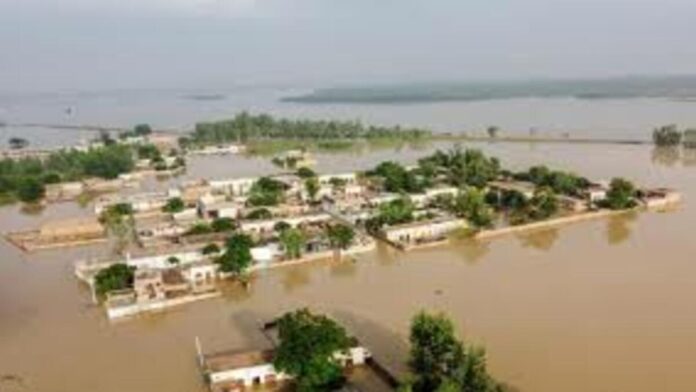 Prime Minister Narendra Modi stated on Monday that he was “saddened” to see the destruction and “hoped for an early restoration of normalcy” in his first statement regarding the floods in Pakistan.

The news agency has been informed that high-level conversations on the prospect of providing Pakistan with humanitarian aid are now taking place. Although no decision has been made as of yet, top authorities in South Block are reportedly debating the available possibilities.

If approved, India will be providing relief to Pakistan in response to a natural disaster for the first time since the BJP administration took office in 2014.

In the past, while the UPA administration was in power, India helped Pakistan recover from the 2005 earthquake and the 2010 floods.

“I am heartbroken to witness the destruction wrought by the floods in Pakistan. In a tweet, Modi expressed his sincere condolences to the relatives of the deceased, the injured, and everyone else affected by the natural disaster. He also expressed his hope for a speedy return to normalcy.

The most recent statistics indicates that more than 1,100 people have died as a result of the floods in Pakistan. One-seventh of the population of the country, or 33 million people, are claimed to have been displaced by the crisis, according to the cash-strapped administration of Shehbaz Sharif.

Miftah Ismail, Pakistan’s finance minister, indicated earlier in the day in response to inquiries at a press conference in Islamabad that the government would “consider importing vegetables and other edible products from India” to help the populace after the floods wrecked crops all throughout the nation.

Shehbaz Sharif stated that Pakistan remains dedicated to “regional peace and security” and seeks “peaceful and cooperative” relations with India after taking office as prime minister in April of this year. In response to Modi’s letter to the Pakistani prime minister, this was stated in a letter to him.

Sharif had asked Modi to intervene in the Kashmir dispute so that the two nations could focus on eradicating poverty and unemployment, and Modi had congratulated Sharif and stated that India desired peace and stability in a region free of terrorism. The two had also exchanged notes.