India gets fourth batch of Rafale jets, fleet rises to 14

The Air Force tankers of United Arab Emirates (UAE) refuelled them in their mid-way, said the Indian Air Force. 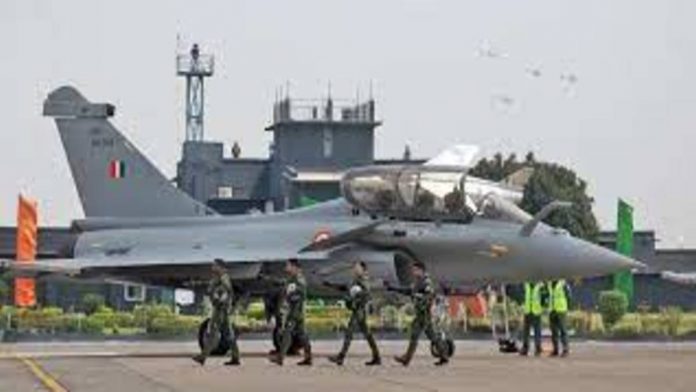 The fourth batch of the Rafale fighter jets entered India on Wednesday evening. Total three Rafales have landed after flying constantly from France.

The Air Force tankers of United Arab Emirates (UAE) refuelled them in their mid-way, said the Indian Air Force.

“The 4th batch of three IAF #Rafales landed on Indian soil after a direct ferry from #IstresAirBase France,” IAF tweeted.

However, the IAF did not reveal where the jets were landed.

“Another batch of #Rafale take to the skies on non stop flight to India with mid air refueling by UAE. Indian Air power grows further,” tweeted the Indian Embassy of France.

After adding up these fourth batch of Rafales the Rafale fleet in India has risen to 14.

India had signed an agreement with France for procuring total of 36 Rafales from France for worth Rs 59,000 crore and the first batch of these Rafales were arrives in India on July 29 last year after four years of the agreement.

India had also organized an induction ceremony on September 10 for the fleet after the getting the first batch of the jets.

The other two batches that is second and the third were arrived on November 3 and January 27 respectively.