Days after the Indian government sent a notice to Twitter for failing to remove and block over 200 tweets and accounts, it has sent the company a list of another 1178 accounts that it wants removed. 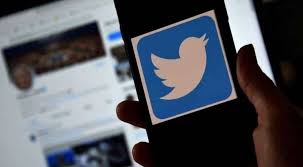 While Twitter is yet to comply with an earlier missive, the Indian government has sent a list of another 1178 accounts to the social media company that it wants removed or blocked from Twitter. Sources say that these accounts are being run from Pakistan and that they were tweeting about the ongoing farmers’ protests. The latest list has been sent to Twitter on February 4.

Sources said that these accounts were flagged by security agencies as accounts of Khalistan sympathisers or backed by Pakistan and operating from foreign territories, causing threat to public order by tweeting on ongoing farmers protests. They said that many of these accounts were also automated bots that were used for sharing and amplifying misinformation and provocative contents on farmers protests.

Twitter so far has not acted on the latest complaints from the Indian government. Earlier on January 31, the government had sent a list of 257 tweets and accounts that it wanted blocked in India. Twitter initially, most likely after prompting from its India team, complied with the order. However, a few hours later when the blocking of accounts, which included accounts of Caravan magazine, a popular Bollywood actor and many activists, created buzz and talk of censorship, Twitter reversed the decision.

“Twitter is guided by principles of transparency and empowering the public conversation. If we receive a valid legal request about potentially illegal content on Twitter, we review it under the Twitter Rules and local law. If the content violates Twitter’s Rules, the content will be removed from the service. If it is determined to be illegal in a particular jurisdiction but not in violation of the Twitter Rules, we may withhold access to the content in the location only. In all cases, we notify the account holder directly, so they’re aware we’ve received a legal order pertaining to the account. Our goal is to respect local law while protecting our foundational principles of free expression,” a Twitter spokesperson said.

During the meeting with the concerned officials, Twitter apparently conveyed that the content is free speech and newsworthy. Protecting public conversation and Transparency is fundamental to the work we do at Twitter, the content has been unblocked, they added.

The decision from Twitter led to Indian government sending a fresh notice to the company, asking it to comply with its previous order.

It is not yet clear if Twitter will take any action against the accounts flagged off by the government in its latest directive to the company. Twitter CEO Jack Dorsey is clearly aware of the farmers’ protests in India, as hinted by his “Liking” of a couple of tweets made in favour of the farmers, and it is possible that Twitter may take a stand contrary to the government position on this issue.

Twitter has so far also not yet challenged any of these orders in any court of India. According to lawful provisions, a social media company is free to appeal against any government order if it feels it cannot comply with that order.