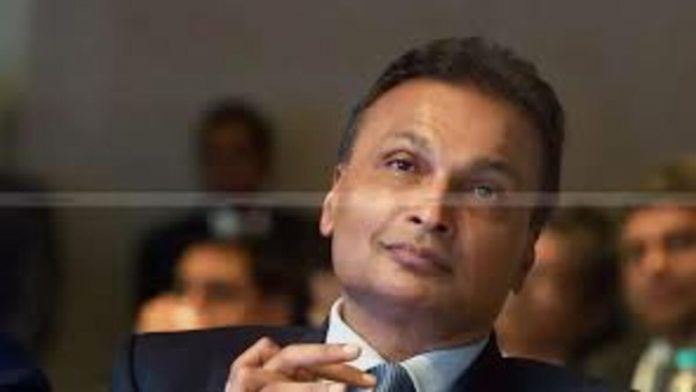 According to a report, Anil Ambani, the chairman of the Reliance Anil Dhirubhai Ambani (ADA) group, received an order from the Mumbai unit of the income-tax (I-T) investigation wing in March 2022 that lists offshore entities and details of transactions in linked bank accounts totaling over Rs800 crore.

According to news agency, “Anil Ambani’s beneficial ownership of firms in two offshore havens, the Bahamas and the British Virgin Islands, is said to be detailed in the order issued under the Black Money Act (BMA). In 2006, he established the Diamond Trust in the Bahamas, along with Dreamwork Holdings Inc., a ‘underlying’ offshore business. The presence of a linked Swiss bank account—in the Zurich branch of UBS Bank—was discovered when the Central Board of Direct Taxes (CBDT) issued inquiries to the Bahamas through the foreign tax and tax research (FTTR) division.”

“North Atlantic Trading Unlimited is another unregistered offshore company founded by Anil Ambani in the British Virgin Islands in 2010. This business was discovered to have a bank account with the Bank of Cyprus “According to the report.

According to the publication, this firm was one of 18 linked to Anil Ambani in the recently disclosed Pandora Papers investigation, but it was already on the radar of the I-T officials.

Mr Ambani, the chairman of the Reliance ADA group, declared himself bankrupt in 2020, telling a UK court that he sold his jewellery for Rs9 crore to cover legal costs and has “nothing important.” He even claimed that his wife and family were covering his expenses, and that he had received a loan of several crores from his son Anmol.

Mr Ambani and his representatives hold at least 18 offshore businesses, according to the Pandora Papers, seven of which have borrowed and invested at least US$1.3 billion.

According to the report, “The chairman of the Reliance ADA group and his representatives hold at least 18 offshore entities in Jersey, the British Virgin Islands, and Cyprus, according to the Pandora Papers. Seven of these enterprises, founded between 2007 and 2010, have borrowed and invested at least $1.3 billion.”

In 2020, Mr Ambani appeared in a UK court via video conferencing under Rule 71 in relation to a lawsuit filed by three state-controlled Chinese banks alleging non-repayment of debts.

The R-ADA group chief said that the 12 million equity shares he possessed in Reliance Innoventures were worthless when queried about them. Mr Ambani further revealed that he borrowed Rs500 million from his mother and Rs310 million from his son Anmol. Mr Ambani said in October 2018 that he got a Rs500 crore loan from his mother, but when his lawyer asked him to explain the loan terms, he stated he didn’t know them.

Anil Ambani took a loan of about US$700 million from three Chinese banks in 2012 for his company Reliance Communication Ltd (RCom), for which he provided a personal guarantee. Insolvency proceedings are now underway for the company.

The banks were successful in obtaining a judgement debt of US$717 million against Mr Ambani. Mr Ambani was ordered by the UK court to give a list of his assets, as well as bank and credit card statements for the previous 24 months, after he failed to pay the banks as directed by the court.