Improvement In Condition Of Comedian Raju Shrivastava, Still On Ventilator 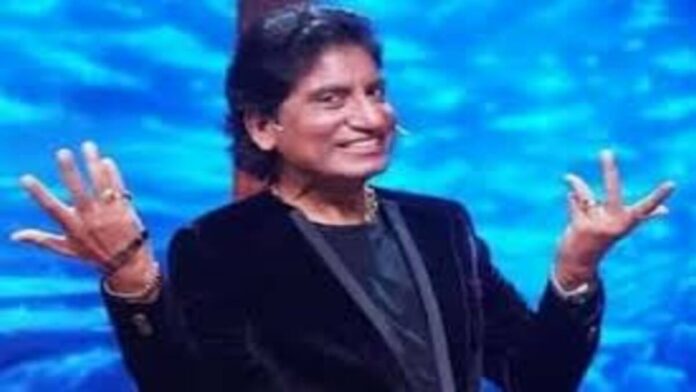 A slight improvement in the seasoned comedian’s health has been seen. His status is stable while he progressively recovers at the All India Institute of Medical Sciences (AIIMS), Delhi, despite the fact that he is still on a ventilator. Since August 10, when he fainted while working out in a gym due to a heart attack, the 58-year-old has been fighting for his life. The news agency cited sources as stating, “Comedian Raju Srivastava has exhibited some progress; he is still on the ventilator and under surveillance.”

Antara Srivastava, the comedian’s daughter, previously provided an update on his health, stating that “he is still on ventilator and continues to recover slowly.” Antara said that Srivastava is “stable” in a message posted on the performer’s official Instagram account. “To all my well-wishers, The health of my father, Mr. Raju Srivastava Ji, is steady, and he is making slow progress toward recovery. Hc is currently using a ventilator.”

Additionally, she pleaded with the press and the supporters to only believe statements made by the family on his official social media pages and at the hospital. “The only reliable sources of information are AIIMS Delhi and Raju Ji’s official social media accounts. Any additional information or assertions are unreliable. At AIIMS Delhi, the medical staff is attentively and methodically working. We appreciate them and all of his supporters. Please keep sending him love and prayers for a quick recovery “Added she.

Srivastava, meanwhile, underwent an angioplasty on August 10 after being hospitalised to AIIMS. His wife Shikha claimed last week that Srivastava is a “warrior” who will bounce back stronger amid concerns of his failing health.

Since the late 1980s, Srivastava has been employed in the entertainment business. In 2005, he won recognition for his performance on the first season of the stand-up comedy programme “The Great Indian Laughter Challenge.” He has appeared in a number of movies, including “Maine Pyar Kiya,” “Aamdani Atthanni Kharcha Rupaiya,” and “Main Prem Ki Deewani Hoon.”