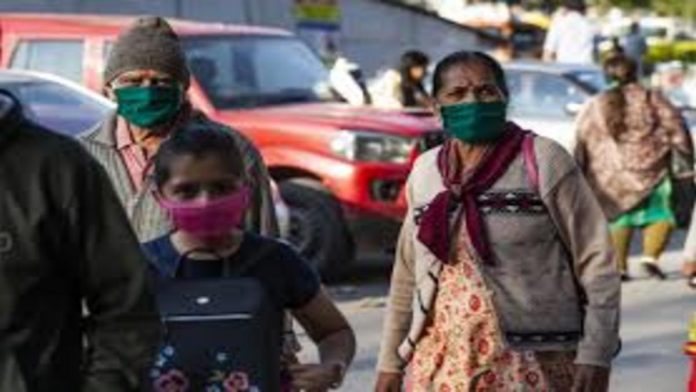 According to a modelling study conducted by researchers at the IIT Kanpur, the third wave of Coronavirus in India could peak on February 3, 2020. The article has yet to be peer-reviewed, but it is predicated on the idea that India will follow other countries’ trends.

The third wave of the pandemic is expected to climax on February 3, 2022, according to the projection. According to the report, the increase in instances will begin around December 15, 2021. The health ministry said on Friday that India has reported roughly 7,000 Covid cases in the last few days, but that this is not yet an indicator of a new wave. Cases in Asia are declining in comparison to Europe and Africa, according to the health ministry. However, it is noted that the pandemic is in its fourth wave, with over 9 lakh cases reported worldwide on December 23.

The study’s authors stated that they did not consider vaccination data and instead looked at patterns in other nations as well as data from India’s first two rounds.

“The majority of people have been vaccinated in numerous nations, including the United States, the United Kingdom, Germany, and Russia, yet they are still confronting the third wave. As a result, India and other countries must strengthen their defences and prepare for a new wave that will be less severe than the previous ones “The authors elaborated.

The projection was done using a statistical tool called the Gaussian Mixture model.

The emergence of Omicron, the most recent SARS-CoV-2 mutation, has sparked fears of a third wave in the country. According to experts, the number of Covid cases in India may suddenly increase, resulting in the third surge, but it will be less severe than the first and second because a big part of the population has been vaccinated, ensuring protection against death from Covid. Omicron, on the other hand, is producing only minor disease while rapidly expanding. In India, 358 instances of Omicron have been reported, with the new strain spreading in just 22 days. The first cases of Omicron in India were discovered in Bengaluru on December 2.

The National Covid-19 Supermodel Committee had previously predicted that the third wave would peak early next year. The daily caseload is projected to climb as Omicron replaces Delta as the prevalent variety, according to the members. Dr Balram Bhargava, director-general of the Indian Council of Medical Research on Friday said that stage has not come yet as Delta, not Omiron, is still the dominant variant.