How Would Akshay Kumar Starrer Cuttputli Have Performed At OTT If There Was No Lockdown? 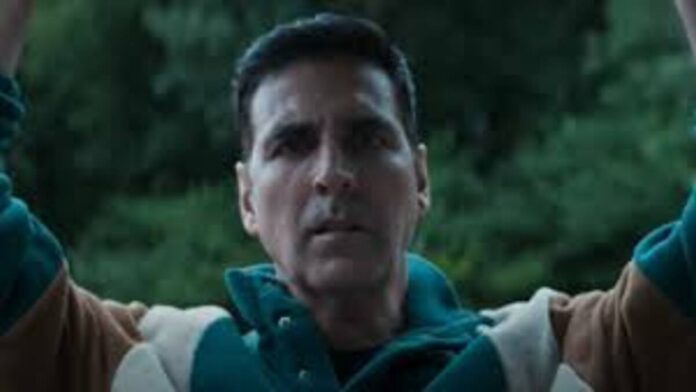 Since the pandemic began, we have published several stories in which we consulted industry professionals to determine how much the digital movies would have made at the box office if there had been no lockdown and they had instead been shown in theaters. We’re returning with the same exercise after each of our articles received a resounding response.

This time, we discuss the movie Cuttputlli, which stars Akshay Kumar. It tells the tale of a cunning police officer who is on a hunt to apprehend an infamous serial murderer who preys on young schoolgirls. Along with Rakul Preet Singh, Chandrachur Singh, and Hrishitaa Bhatt, it was directed by Ranjit M. Tewari. There have been rumors about the thriller’s direct release on digital platforms for a while. The creators said that Cuttputlli will be available on Disney+ Hotstar in the middle of August. The date of its official release was September 2, 2022.

Cuttputlli would have had a mediocre to dismal start if it had been released in theaters. The presence of Akshay Kumar would have been beneficial in various ways. However, its profitability would have been constrained because of the weak climax and a limited audience.

I enjoyed some aspects of Cuttputlli, Taran Adarsh stated. Additionally, although being launched for OTT, Cuttputlli was only three weeks after Akshay Kumar’s Raksha Bandhan. For an A-lister, however, it results in overexposure. He has had four releases in the past six and a half months: Raksha Bandhan, Cuttputlli, Samrat Prithviraj, and Bachchhan Paandey. Akshay is without a doubt a fantastic entertainer. But when you have so many releases in a short period of time, tiredness sets in. Any actor nowadays would experience this. I can see how far the pandemic has stretched everything. Nevertheless, it’s crucial to space out your releases.

He said, “Even Shah Rukh Khan is releasing three films in 2019: Pathaan, Jawan, and Dunki. There is, however, at least a lapse of over six months. In contrast, Akshay has had four films released in the last six months.

The industry veteran added, “Cuttputlli would have experienced an impact in theaters given it was his fourth feature in a very short period of time. Additionally, the movie’s climax falls short of expectations. There were some really great parts. The movie could have been better overall, though.

When questioned if releasing the movie straight to an OTT platform was a wise choice, he responded, “I think. The theaters are now open. Bellbottom (2021) was bravely released in theaters while Maharashtra was closed by the makers. But the movie has been made available on digital platforms at a time when theaters are operating at full capacity. Therefore, the Bhagnanis are best suited to respond to this question.

Atul Mohan, a trade analyst, roared, “There were no production values. The United Kingdom was misrepresented as Himachal Pradesh, but the audience could tell. The climax lacked tension. It belonged to the Crime Patrol. On OTT, there have been thrillers that are considerably better. Songs didn’t work either. Additionally, he said, “Raksha Bandhan, Akshay’s most recent movie, was a far, far better movie.”

According to Atul Mohan, the film would have battled to reach Rs. 25–30 crores in lifetime revenue. Commercialized Bachchhan Paandey was. It was a time-pass movie, at least. Cuttputlli was a suspense movie, which is a difficult genre to master. Not every thriller works in theaters. He concurred that avoiding a theatrical release was a wise move by the film’s creators.

Finally, producer and industry analyst Girish Johar remarked, “It would have been another flop for Akshay Kumar. The creators launched it on OTT in a really clever way. The movie had terrible traction. Even the reviews and responses fell short of expectations.

The final words he used were, “The film’s lifetime would have been under Rs. 30 crores, given how brutal the box office is right now for terrible films.”