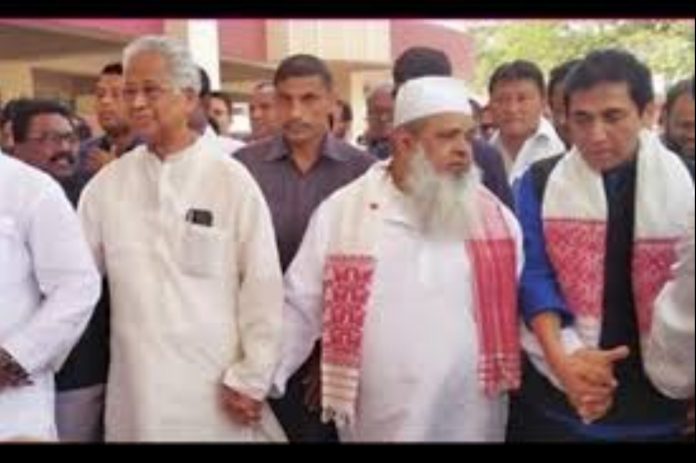 It is strange for any political party fighting for only 19 seats out of 126 assembly seats to be the centerpiece of the state elections. Although, since its formation in 2005 the All India United Democratic Front (AIUDF) has been a punching bag for all the big parties in the state of Assam. With elections it has been denoted to be the party of Bengali Muslims and is also termed as anti-Assamese. It is also jibed for being off the track.

However, these elections are expected to bring some light and end the political isolation for AIUDF as party’s alliance with Congress and other leftists together have the potential to change the political framework of Assam and may bring the AIUDF in the mainstream parties of the state.

As this take of AIUDF on CAA-NRC is different from that of Congress, which is why Congress is fearful of hurting the party’s prospects. But the reason for which the parties have formed alliance is to merge the “Muslim vote”, which at 35% is effective in around 50 constituencies.

The BJP on the other hand is centered around painting AIUDF as a communal party and have harmful agenda against the Assamese. Meanwhile the NDA campaigning is silent on CAA-NRC, the AIUDF with stressing upon the implementation of CAA-NRC is also highlighting development projects in the state and is also dismissing the allegations of being solely the Muslim party by citing that even in 10 legislators during 2006, two of its members were Hindus.

Progressive races have shown why the Assam political standard can’t wish away the AIUDF. The party represents a segment of Assamese citizens who have been politically and financially undermined. The identity of Assamese has so far been formed by language and the Miya voice is painted as the Other. The entry of AIUDF into the mainstream would, ideally, help broaden a discussion on rethinking Assamese identity in a more comprehensive structure.