How The Newly Elected Cabinet Started Off Working For Better Governance? 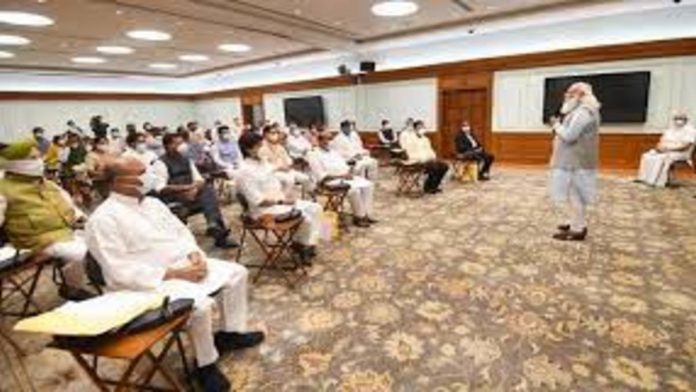 The new Prime Minister Narendra Modi’s cabinet started into action a day after taking the charge in office. This was the first reshuffle in PM’s cabinet in his two time term and it came amid the government facing huge criticism for its handling of Covid-19 and the economy.

Here are the key changes in the first meeting of the new cabinet:

• IT Minister Ashwini Vaishnaw has directed officials to work in two shifts. The first shift to start from 7 am to 4 pm and the second from 3 pm to 12 midnight.

• Micro, Small and Medium Enterprises (MSME) minister Narayan Rane, came as tough as officials came to him without the required files and documents.

• The IT Minister Ashwini Vaishnaw, also sent out an important message to Twitter starting from where his predecessor Ravi Shankar Prasad left. In his message to microblogging site the minister said, “the law of the land is supreme” and asked to it to follow the rules.

• It was also announced that all the ministers will have to present in office by 9:30 am and no work from home will be allowed. In the meeting PM Modi said that there are no senior and junior ministers, “all are colleagues, and subordinate culture will not work”.

• According to the sources, the prime minister has even asked the newly elected members not to celebrate their ministership and to “focus on celebrating work as a gratitude to people who brought the government to power with such a mandate”.

• Prime Minister Modi even asked the ministers to stay in Delhi at least till August 15 unless necessary.

During the meeting PM Modi even expressed his concern over the disturbing pictures and videos of crowded places and people roaming without masks and social distancing. “This is not a pleasant sight and it should instil a sense of fear in us,” he said.

“Powered by our Covid warriors and frontline workers, India’s fight against the global pandemic is underway with full vigour. We are steadily vaccinating substantial numbers of our nation’s population. Testing is also consistently high,” said PM Modi adding that there is scope for complacency.

He also warned that even a single mistake may result in heavy impacts and may debilitate our fight against Covid-19. With declining number of cases from past months people now want to step out. “However, everyone must remember — the threat of coronavirus is far from over. Many other nations are seeing surges in infections. The virus is also mutating,” said the prime minister.

The Prime Minister even expressed his concern over high number of cases coming from Maharashtra and Kerala.

A migrant labourer of Bihar was shot dead by terrorists in Bandipore district of Jammu and Kashmir. The alleged incident took place around midnight Bandipore's...
Read more
In Focus

Nitish Kumar To Be Sworn In As Bihar Chief Minister For 8th Time, Tejashwi Yadav To Be His Deputy

After breaking ties with BJP on Tuesday, Mr Nitish Kumar is set to take oath as Bihar Chief Minister for the eighth time today....
Read more
In Focus

As rumours about break-up with BJP, Bihar Chief Minister Nitish Kumar is set to hold a meeting with Party MLAs on Tuesday. The Congress...
Read more
- Advertisement -