How The New IT Rules Affects Users And Platforms ? 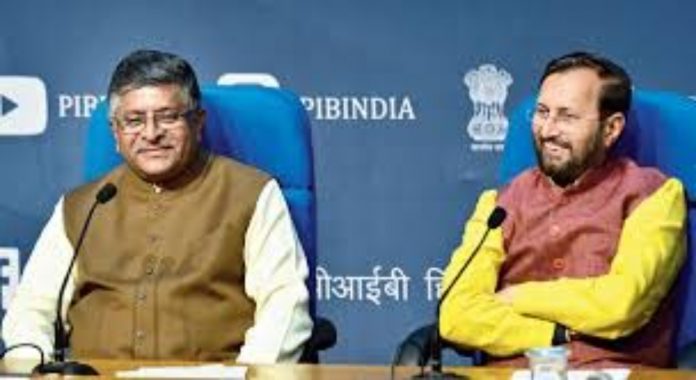 Union IT Minister Ravi Shankar Prasad and Union I&B Minister Prakash Javadekar on February 25, said that they are empowering the social media users while announcing new rules for social media platforms and a code of ethics for all OTT streaming platforms along with digital news media.

These new rules imposes a cluster of strict obligations on the users and provides a three-tier mechanism for the regulation of content over all the social media, OTTs and digital media. The 30 page document containing regulations which was titled as ‘Information Technology (Guidelines for Intermediaries and Digital Media Ethics Code) Rules 2021’ allots powers to the inter-ministerial committee to block any content.

Here is how some rules are going to affect us :

For this government has asked the intermediaries to effectively guard the content posted by the users.

This eventually hinders the users’ freedom of speech and expression and also their privacy.

The new guidelines asks social media to use some technology-based measures including automated tools to monitor the objectionable content like sexual abuse. Although, these sorts of tools not only creates accuracy problems but also makes the function slow.

Even a blog from Internet Freedom Foundation also explains that using Artificial Intelligence (AI) tools is filled with a host of risks.

These artificial tools coding generally leads to content inaccuracies, discrimination and also lack of transparency and accountability. These AI tools for censorship may also affect the users’ free speech.

The new rules also require the social media to include “traceability” feature which helps the social media intermediaries to know the originator of any information. This feature is mainly applicable to WhatsApp.

This traceability directly affects the users’ privacy by breaking the end-to-end encryption feature available in WhatsApp.

Apart from rules for social media there are a code of ethics for OTTs and news media platforms.

Following the set of code of ethics in the new guidelines for OTTs and news media the IFF stated, “We find this grossly unconstitutional,” as this surveillance is being executed without a clear legislative support and now they will perform the same functions played for TV content regulation by the Ministry of Information and Broadcasting.

Now the government regulation over the OTT platforms will directly impact the nature and quality of content streamed on these OTTs.

These new rules mainly mandates the OTTs and digital media platforms to create a three-tier grievance redressal mechanism. The top level of this structure will include representatives from various government departments and ministries.

Now placing the government representatives at the top of the redressal will handover government the powers to censure the online content platforms for their content and can also ask them to apologize or can also directly block the content.

The code of ethics in the new rules has been also extended to the news media without much legislative support as even the Information Technology Act, 2000 does not applies to media.

Till now the news media did not have to be under any regulation and no law have done this far but these new rules have applied their censorship to the news media as well.

However, these online publications mainly those of small publication had been under state regulation in some way or the other. So these new code of ethics are not going to make any much difference to these digital news media.