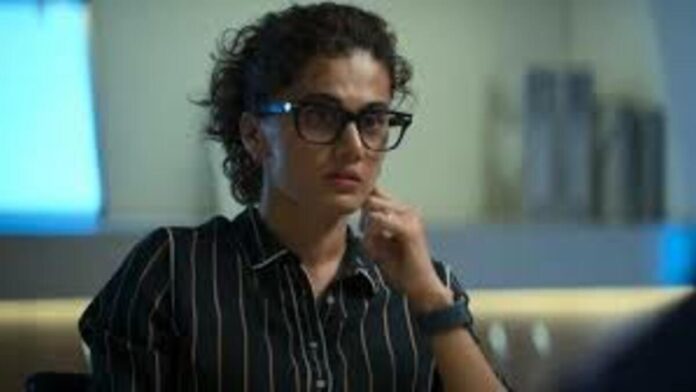 As evidenced in the works of renowned authors like Mark Twain (A Connecticut Yankee in King Arthur’s Court) and HG Wells (The Time Machine), time travel has interested authors since the late nineteenth century. A common theme in science fiction and fantasy was the ability to change the past by interfering with the space-time continuum. As soon as simple special effects were feasible, it was inevitable that film would focus on this component.

In more recent periods, films like The Terminator (1984) and Back to the Future (1985) amplified the use of mind-twisting parallel universes, which first featured in early programs like Star Track (1966). (1985). Anurag Kashyap attempted a readily palatable time-loop thriller with Dobaara in homage to the master mind-twister Christopher Nolan, but sci-fi hasn’t really taken off in a significant manner in Indian cinema.

The movie is an authorized version of Oriol Paulo’s Mirage in Spanish (2018). The Invisible Guest, a smart criminal drama by Paulo, has already been translated into Hindi as Badla.

Even though the remake keeps the main plot points of the original, it is not a frame-by-frame replication. Aney (Aarrian Sawant) gets murdered by a speeding car in a Hinjewadi area in Pune in 1996. Even in the middle of a storm, Aney enjoys recording home movies and has a pathological fascination to explore weird noises in his neighbor’s bungalow.

After 25 years, Antara (Taapsee Pannu), Rahul (her husband), and Avanti (their daughter) have all re-located into the same home. Their dinner visitor, who was Aney’s boyhood friend, informs them of the catastrophe. A bizarre storm is developing that is wreaking havoc on the geomagnetic field.

An outdated TV that is still sitting around the house serves as a communication channel for Antara to reach Aney. Soon enough, Antara finds herself in a precarious situation with only a police officer (Pavail Gulati) prepared to accept her strange time travel explanation.

Viewers must accept the inherent logic of the story in order to follow plots like this (skillfully adapted by Nihit Bhave), even though they frequently ask themselves, “Hey, how did this happen?” If Antara’s tale is captivating, which it is, then uncertainties and questions must be put to rest. It’s a movie jigsaw puzzle, where the pieces must be discovered and put back together by the conclusion or else everything that came before would come apart.

Taapsee Pannu conveys a suitable amount of confusion and stress. Gulati is the only other actor with a substantial enough role to compete with her. Saswata Chatterjee plays a part that any actor may have played.

There is a lot of rain, lightning, and thunder VFX. To prevent nitpicking, the tempo is quick enough. In actuality, Kashyap’s version is more captivating and compelling emotionally than Mirage. If people enjoy Dobaaraa, a door may open for Hindi science fiction movies.