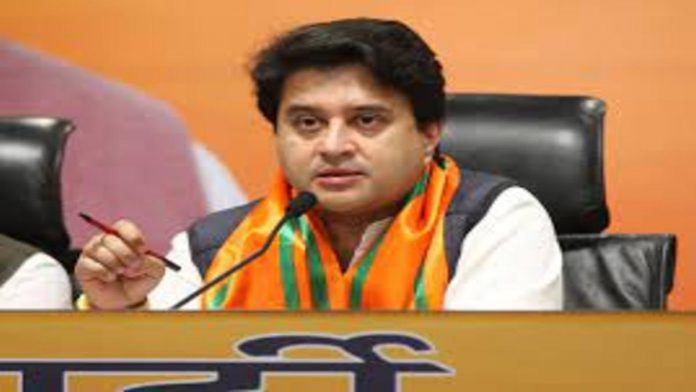 From cabinet expansion to appointments to the state BJP working committee and now ministerial district allocation, BJP Rajya Sabha member Jyotiraditya Scindia has successfully completed his terms in the saffron party in the year since the BJP came to power, toppling the Kamal Nath-led Congress government.

Scindia was able to maintain his power in the Gwalior-Chambal region by appointing ministers in charge in these regions who were his faithful lieutenants.

Scindia has a one-sided hold in the Gwalior-Chambal divisions, according to the list of in-charge ministers of the districts released on Wednesday night. Scindia loyalists who defected from the Congress to join the BJP have been granted command over the development of the area and postings in the government apparatus in all significant districts, including his home turfs of Guna and Shivpuri.

Scindia’s loyal adviser and water resources minister Tulsiram Silwat has been given charge of the Gwalior district. The duty has been assigned to loyalists of the royal scion in the other three districts, including Guna, which Scindia represented in the Lok Sabha for over 17 years.

Guna and Ashoknagar districts have been allotted to cabinet minister Pradyuman Singh Tomar, while Shivpuri district has been assigned to panchayat minister Mahendra Singh Sisodia.

Scindia will have a say in the districts of Bhind and Damoh, where transport minister Govind Singh Rajput has been named in-charge minister. Scindia loyalist and health minister Prabhuram Chaudhary has been granted charge in Dhar and Sehore.

Rajyawardhan Singh Dattigaon, Scindia’s entrusted lieutenant, has been allocated the charge of Mandsaur and Alirajpur districts, while Brijendra Singh Yadav has been awarded the charge of Shajapur, Suresh Dhakad of Datia, and OPS Bhadoria of Ratlam.

According to sources, the Maharaja had a say in the Gwalior-Chambal divisions, also known as the Scindia citadel, and even prominent Congress leaders like Kamal Nath and Digvijaya Singh never interfered in district concerns during the previous Congress administration. However, there was a feeling that Scindia was not given the same level of prominence as he had previously during policy decisions made by the Congress government.

Scindia has gotten a terrific deal from the BJP government thus far. He was able to secure tickets for all 25 ineligible MLAs before the by-elections. After by-elections, he was able to obtain 12 ministerial positions in the Shivraj Singh government, as well as a Rajya Sabha seat in June, despite the fact that the much-anticipated ministerial slot in the Modi cabinet is still up for grabs. All of Scindia’s requirements, such as awarding tickets to all those who left the Congress with him, were agreed by the BJP before the polls, according to BJP sources.

Scindia appears to be enjoying the deal too much, the Congress observed, referring to recent developments in the BJP government. “The list of in-charge ministers of Gwalior, Guna, Ahoknagar, Bhind, Datia, Shivpuri and Damoh makes clear that the chief minister has settled scores with all senior colleagues from Narendra Singh Tomar, Prahlad Singh Patel, VD Sharma, Narottam Mishra, Vivek Shejwalkar, KP Yadav to Jaibhan Singh Pawaiya and Anup Mishra. It seems that the chief minister has handed over the entire region to Scindia. The Bikau' are in profit while allTikau’ were cheated,” said Congress state spokesperson Narendra Saluja.