How Centre managed to grow its tax revenue even in the pandemic ? 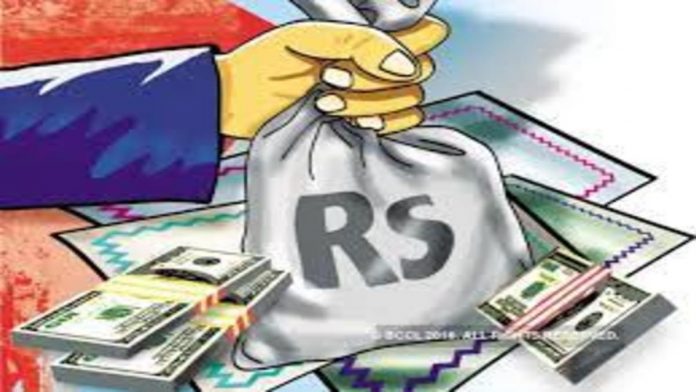 With all significant tax yielding incomes fundamentally higher than the respective revised estimates (REs) appeared in the Budget, the Center has appropriated an extra Rs 78,000 crore as net (post-devolution) tax income in FY21. This implies if other inflows and outflows stick to Budgeted numbers, the financial deficit for the year could be 46 basis points lower than planned 9.5% of the nominal GDP, on the off chance that one passes second advance estimate of national income.

According to two statements issued by the finance ministry this month, gross tax receipts (GTRs)-net of refunds but before transfers to the states-in the last financial year were up Rs 1.22 lakh crore or 6.4% over the RE at Rs 20.16 lakh crore. In FY20, GTR saw a rare decline-the collections in the year were Rs 20.04 lakh crore compared with Rs 20.76 lakh crore in FY19.

The year-on-year growth in tax collections in FY21 is a remarkable feat given the rarity of an economic contraction in the year (nominal GDP is seen to have shrunk 3.8% in the year).

Of course, a large part of the growth in tax revenue is attributable to the steep hike in assorted taxes (excise/cess) on petrol and diesel, but improved buoyancy is visible across other taxes like GST, Customs and personal income tax. Excise revenue in FY21 was up a steep Rs 1.23 lakh crore over the Budget Estimate and nearly Rs 30,000 over RE. Even corporate tax revenue exceeded the RE level by Rs 11,000 crore.

According to a finance ministry statement on Tuesday, “The provisional figures for indirect tax collections for the Financial Year 2020-21 show that (post-refunds, pre-devolution) revenue collections are at Rs 10.71 lakh crore compared to Rs 9.54 lakh crore for the financial year 2019-20, thereby registering a growth of 12.3%”.

“The GST collections were severely affected in the first half of the financial year on account of Covid. However, in the second half, the GST collections registered a good growth and collections exceeded Rs 1 lakh crore in each of the last six months. March saw an all-time high of GST collection at Rs 1.24 lakh crore… Several measures taken by the central government helped in improving compliance in GST,” the ministry added.