The four states Manipur, Mizoram, Arunachal Pradesh and Nagaland have been asked by the ministry to take all the necessary actions and to keep inspecting the borders. 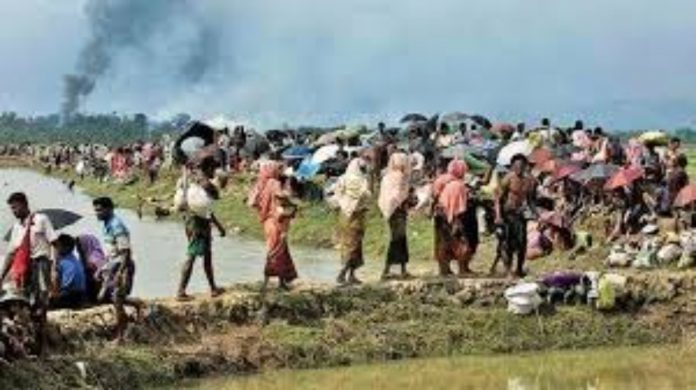 Home Ministry on Friday asked the north-east states to stay alert against the possible inrush of refugees from Myanmar as many civilians including police officials have entered India from the north-east borders since the military coup in February.

The four states Manipur, Mizoram, Arunachal Pradesh and Nagaland have been asked by the ministry to take all the necessary actions and to keep inspecting the borders.

Those civilians and police officials entered India to save themselves from the brutality of Military Junta after the coup that removed the elected government from power.

The North East Division of Union Home Ministry in its order on Wednesday asked the Chief Secretaries of these four states to “sensitize all law enforcement and intelligence agencies for taking prompt steps in identifying the illegal migrants and initiate the deportation processes expeditiously and without delay.”

The ministry in its order repeated that the states have no power to grant “refugee status to any foreigner and India is not a signatory to the UN Refugee Convention of 1951 and its 1967 Protocol.”

Mizoram, that shares 404 km porous border and cultural lineage with the Chin community of Myanmar immediately helped Myanmar after the coup. The state also provided shelter and basic amenities to the refugees.

The state government had also cautioned all the border areas to stay alert for the probable inrush of refugees.

A report prepared by a special envoy Christine Schraner Burgener from United Nations to Myanmar said that atleast 56 people have died because of the police’s live rounds of shooting and tear gas.

The fatalities might be more but as the deaths in remote areas have not been counted, the report mentioned.