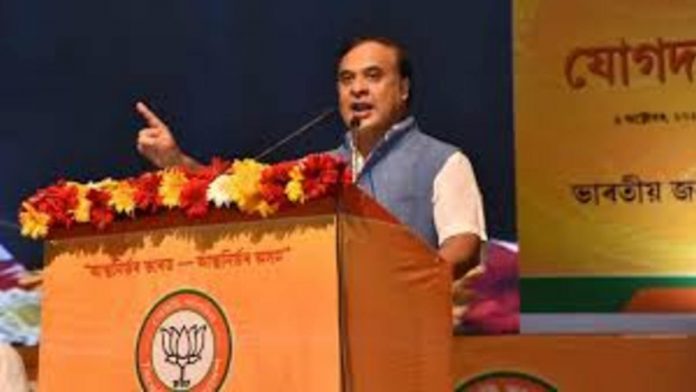 Himanta Biswa Sarma, the Chief Minister of Assam, attacked his Delhi counterpart Arvind Kejriwal on Sunday for his comments on ‘The Kashmir Files,’ telling him not to be “anti-Hindu” and that the latter has no right to degrade the society.

In an address to the Delhi Assembly, Mr Kejriwal accused BJP officials of “pushing” the video and ordered the filmmakers to release it to YouTube, prompting social media outrage against the Chief Minister.

The BJP has attacked Mr. Kejriwal for making multiple films tax-free in the national capital in the past, but not the Vivek Agnihotri film.

Mr. Sarma, speaking to reporters, said, “You have no right to embarrass and offend us, whether you make it tax-free or not. You may do whatever you want, but don’t be so obviously ‘anti-Hindu.’ It is because we are more anti-Hindu within the Hindu family that our Hindu samaj (society) is in this state. Otherwise, Hindu culture used to be a beacon of light to the rest of the world.”

Mr Sarma questioned Mr Kejriwal’s motivation for making the Anupam Kher starring film available for free on YouTube, claiming that Mr Kejriwal had made other films tax-free in the national capital.

“Arvind Kejriwal has produced multiple tax-free films in Delhi. I’d like to know why he didn’t request that all of those movies be uploaded to YouTube. Why are you only interested in watching The Kashmir Files on YouTube? “he stated

On Friday, the Assam Chief Minister accused Mr Kejriwal of “rubbing salt in the wound of Hindus” by exploiting the Delhi assembly.

“Don’t make #KashmirFiles tax-free if you don’t want to. But please, no more ridiculing Kashmiri Pandits. Their miseries are the product of secularists’ condescending attitude and appeasement policies. It is not proper for a chief minister to utilise the Assembly to add salt to Hindus’ wounds “Mr. Sarma explained.