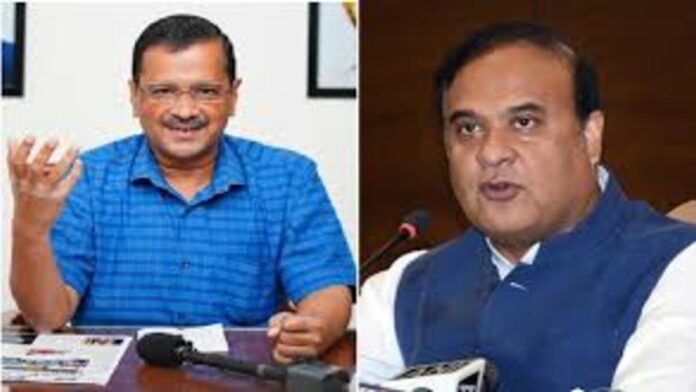 Himanta Biswa Sarma, the chief minister of Assam, stated on Sunday that the nation’s capital should be likened to “New York and Tokyo instead of Shillong and Guwahati” during a Twitter exchange with his counterpart in Delhi, Arvind Kejriwal. Sarma added that while Delhi has better resources, he manages 40,000 schools as opposed to Kejriwal’s 1200.

“India’s capital has remained in Delhi since the Mughal era. Instead of comparing Delhi to Guwahati and Shillong, he need to contrast it with New York and Tokyo. Despite the fact that I do not have the same resources as Delhi, who runs 1,200 schools to my 40,000, “CM of Assam stated.

Notably, the dispute between the two chief ministers started last week when Kejriwal asserted that closing schools was not a solution while posting a link to a news article alleging the ‘closure’ of several schools in Assam. On Sunday, the discussion went on as the AAP leader repeatedly questioned when he could visit the northeastern state’s schools.

“I was supposed to send Kejriwal ji an invitation to Assam. Manish Sisodia has already been invited; he must also have received a notice from the court. If Arvind Kejriwal wants to, he should also attend “Sarma responded by speaking. The Deputy CM of Delhi, Manish Sisodia, was served with a summons by an Assam court in connection with a libel case, to which the Assam CM was alluding. Sarma accused Sisodia of engaging in corruption at the behest of the Assam government when awarding contracts for the delivery of PPE kits in 2020, and filed a defamation lawsuit against Sisodia in July under sections 499, 500, and 501 of the Indian Penal Code.

But Kejriwal continued to wonder on Saturday “whether the government schools in the northeastern state are not up to the mark.” “I asked you, “When should I visit your government school?,” and you didn’t respond. The quality of the school is unimportant. We’ll each do it properly, “The head of AAP tweeted.